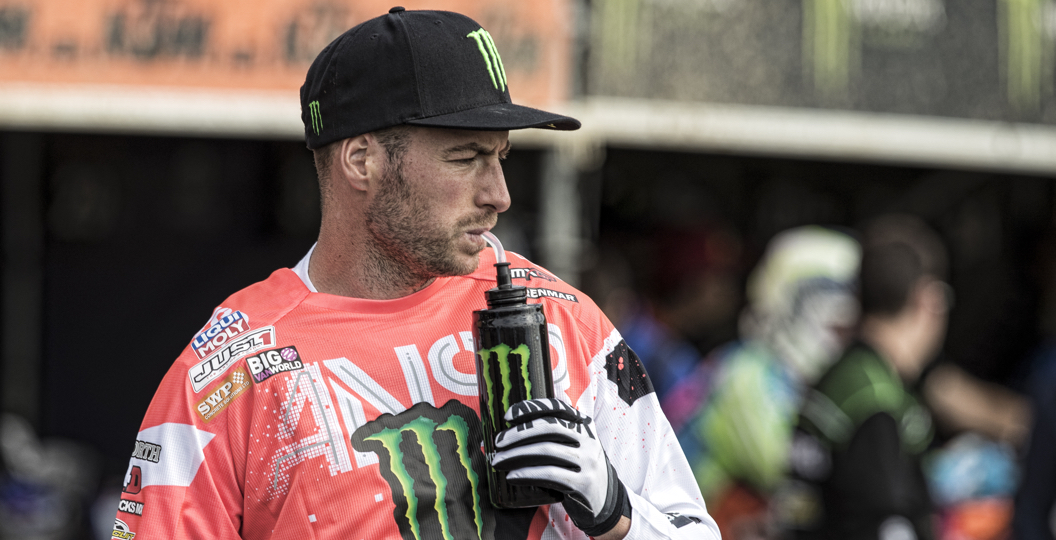 The Gebben Van Venrooy Kawasaki team are one of the lesser known outfits in the Grand Prix paddock, but compete in a majority of the European rounds of the FIM Motocross World Championship. Maxime Desprey, a former winner in the EMX250 category, is their greatest star and sits twenty-fifth in the premier division currently.

The team will have additional exposure for their sponsors at the Grand Prix of The Netherlands, their home event, this weekend though, as they have conducted a deal with Tommy Searle. Searle will still work out of the Monster Energy DRT Kawasaki awning, but run Gebben Van Venrooy and Venko logos across the weekend. Maxime Desprey will also be present, of course, along with a VMX rider, Rudi Vossers.

Searle missed the previous round, the Monster Energy MXGP of USA, but continued to train and ride at home in the United Kingdom. A twelfth in a moto has been his best finish since his return.
Words: Lewis Phillips | Lead Image: Monster Energy/Ray Archer
Share
Charlier in for MXoN Previous post
JGR sign Bogle and Peick Next post