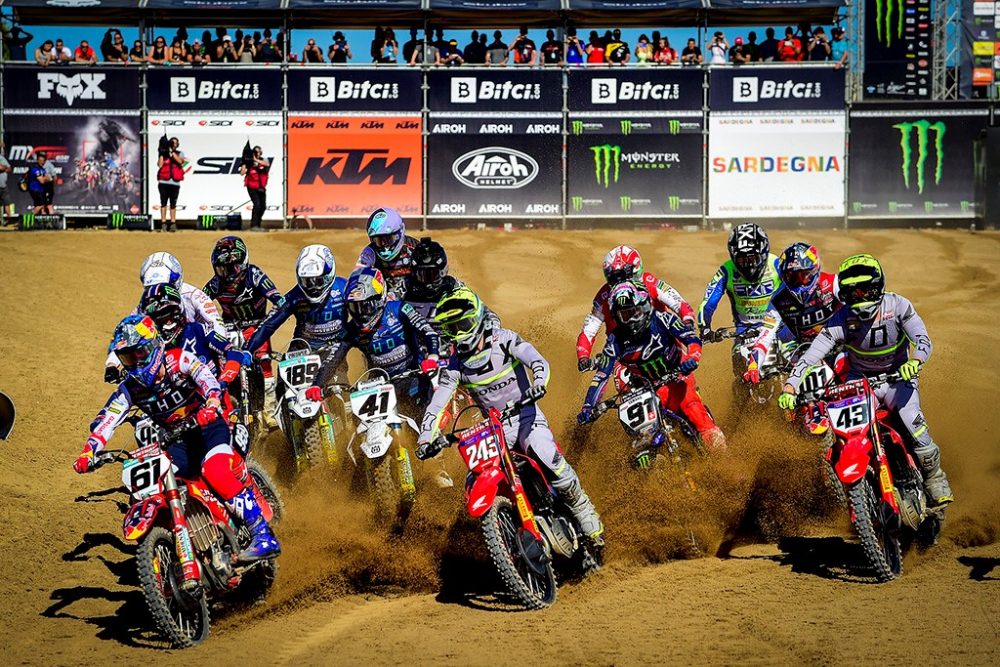 Infront Moto Racing has released an almost-complete 2023 Calendar for the MXGP World Championship Schedule.  All venues are now confirmed apart from Round 19 on October the 1st, two weeks before the finale at Matterley Basin in the UK.

Previously with venues TBA, the second and third rounds of the 2023 season have been confirmed for the last weekend of March and the second weekend of April. Round 2 will be held in Riola Sardo as the MXGP of Sardegna on March the 25th and 26th. In 2023 the venue will be hosting the third MXGP race in its history. The first time Sardinia appeared in the calendar was in 2021, while in 2022 Calvin Vlaanderen clinched the victory in MXGP as in MX2 the race saw a tight battle with Tom Vialle winning in front of Jago Geerts.

Round 3 of the 2023 season sees the return of Switzerland as Frauenfeld gets ready to welcome back the MXGP of Switzerland for the first time since 2018, but this time the circuit will be completely brand new, creating an added challenge for the riders.  The last time MXGP set foot in Frauenfeld Jeffrey Herlings and Jorge Prado clinched the win in MXGP and MX2 respectively, each on their way to winning their 2018 World Championships.

MXGP Vice Champion, Monster Energy Yamaha Factory Racing’s Jeremy Seewer, will be putting in his special order for some patriotic kit as he did in previous home GPs, while Valentin Guillod and Kevin Brumann will be looking forward to racing in front of a home crowd as well.

With the GP being set for the Easter weekend, the Saturday program remains unchanged while the Sunday program is shifted to Monday, leaving the Easter Sunday as a day’s break to enjoy those delicious, nutritious Easter Eggs.

A further update to the calendar features the MXGP of Finland, which is now confirmed on July the 30th and will return to Hyvinkaa for the second year in a row after the success of the 2022 comeback where Glenn Coldenhoff and Tom Vialle won in MXGP and MX2 respectively.

See below for the most recently-updated schedule: 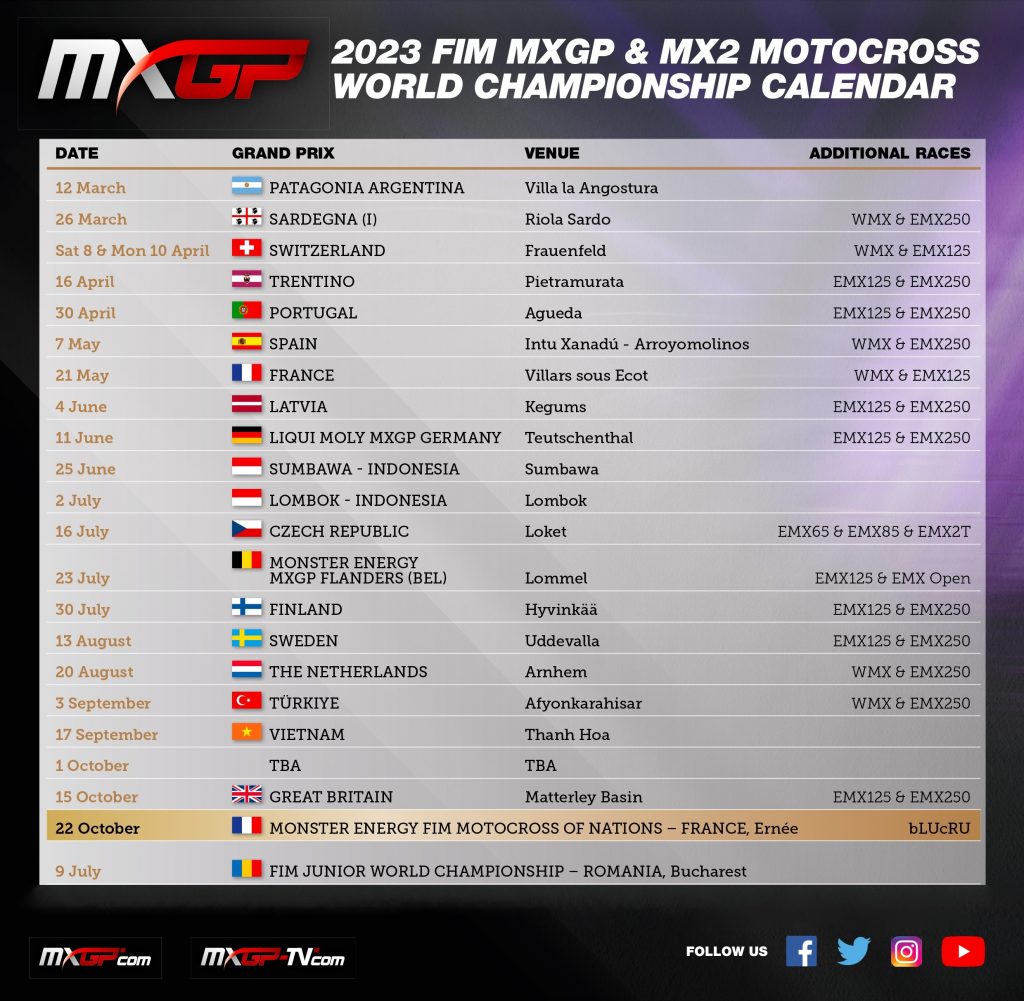