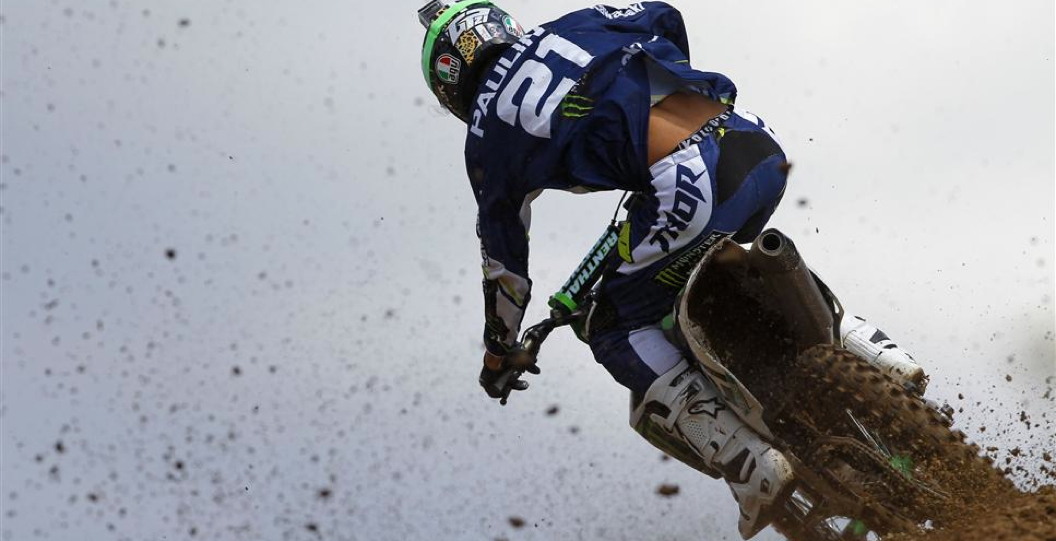 Under the Radar: GP of the Czech Republic

Gautier Paulin: When Gautier Paulin first succumbed to injury at Valkenswaard, he aimed to be back in action within a month. However, his injuries proved to be more troublesome than he first thought, as he only just re-joined the MXGP series. After watching the two races, you were probably quite surprised when you saw that his brace of sixths had earnt him fourth overall – it was certainly unorthodox. Although some luck was involved there, he still did what he intended to at Loket; he stayed upright, raced hard and posted some respectable finishes.

His sixth in moto two was actually well deserved, as he got caught up in the gate, which left him buried at the back of the pack. Surprisingly, Gautier worked his way forward very quickly, as he was already inside of the top ten by lap three – bear in mind that this was on a track that most believed was tough to pass on. Once he had moved into sixth on lap eleven, he hit the wall a little bit, as his progress was halted. However, his lap times remained consistent, which is a testament to how fit he is, despite his lengthy break. Of course, Lommel will be where this is really tested, but the Frenchman thinks he is ready: “it will be a tough race physically but I’m ready for it.”

Dennis Ullrich: I believe that Dennis Ullrich is recognized as a world championship caliber rider, following his rides at the Motocross des Nations, selected GPs and his native Germany. However, I am certain that no one (including himself) had him pegged for a fourth place moto finish at Loket. Full credit to Ullrich, he earned it, as he held his own at the head of the pack and seemed unfazed.

After taking the holeshot, the German was quickly past by the top three, as you would expect. But he then settled into a rhythm and posted consistent lap times; his fourth place was unchallenged as a result. He also had the fourth fastest lap of the race (Davide Guarneri had the fifth fastest time, surprisingly).

It seems Dennis is coming into form at just the right time, as he may be called up to represent his country at the Motocross des Nations, if the rumours about Ken Roczen giving the event a swerve prove to be true. I am sure Ullrich is excited at this prospect, as he had an awful time at the MXdN last year; he will now have an opportunity to redeem himself though.

Shaun Simpson: Shaun Simpson continues to impress and surprise, but he still is not getting the recognition that he deserves from most. Shaun was at the top of that second tier at the beginning of the year, as he often found himself in the lower half of the top ten. However, at each round he consistently improved; he has now established himself as one of the leaders, and a rider that could finish on the podium at any point. Another top five overall finish at Loket further cemented his position, and helped him to inch closer to Steven Frossard in the fight for fifth in the championship.

Shaun will relish the challenge ahead of him, too, as the MXGP contingent will head to the bottomless sand of Lommel this weekend – a surface that the Scotsman thrives on (his rides at Lierop last year and Hyvinkää a couple of weeks ago are a testament to that). With this in mind, a podium finish is certainly a realistic goal this weekend; a win may not be too far out of reach either.

Graeme Irwin: Following his two motos at Loket, Graeme Irwin stated that he had the speed to finish inside of the top ten, but he struggled off of the start, which was a key part of the race. This seemed to be the common consensus among most riders, as the slick, old school circuit did not create too many passing opportunities. Unfortunately, this hurt Irwin, as he could not quite break into the top fifteen in the two points paying motos. He was clearly capable; he finished just twelve seconds back of tenth (Matiss Karro) in moto two, despite being sixteenth. The start really was crucial (more than it usually is), hence why we saw some unusual results.

The result that Irwin acquired was more impressive because of the niggling injuries that he is currently fighting. Just a week and a half ago he dislocated his knee and broke his kneecap; most would not be riding, let alone scoring points at the highest level! For that, Graeme deserves an abundance of praise.