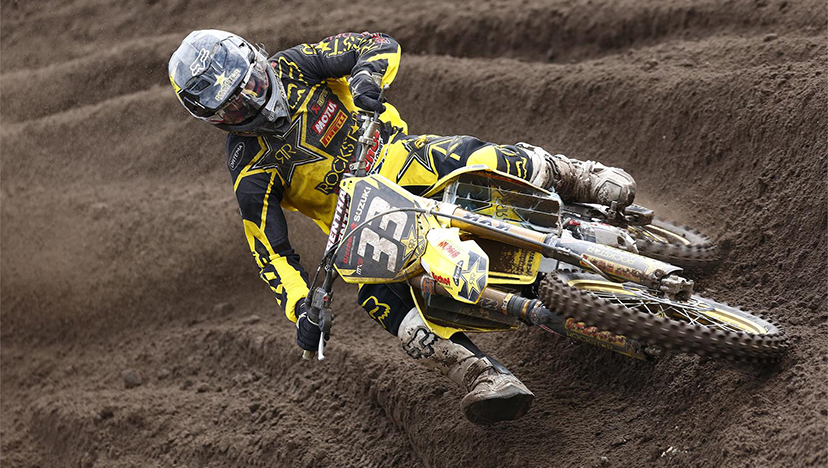 Under the Radar: GP of the Netherlands

Joel Roelants: The Belgian had his best GP of the year in Holland and he didn’t even need great starts to do it! Roelants battled through the field in both motos to card fifth overall on a privateer Honda beating some factory riders in the process.

It has been a good year fro Roelants so far and it would be even better if he could get his starts dialled. After a year of disappointment as  factory Yamaha rider last season Roelants is showing that he still has the stuff to get the results in the toughest class in world.

Roelants of course is a former MX2 GP winner and he is putting himself back in contention for a factory ride next season.

Julien Lieber:  Another Belgian who had a good ride was the MX2 factory Suzuki rider Lieber. Lieber was in fine form last season until his knee injury but apart from Qatar we have rarely seen what the diminutive Belgian is capable of.

But in Holland, Lieber quietly showed he still has the potential to be a top GP rider. Lieber came from two bad starts to work his way into seventh in race one and a hard fought tenth in race two. With better starts the kid could have been battling for top five.

Lieber has a very smooth and economical style and sometimes you end up not noticing him out there especially if he doesn’t get the start amongst a frenetic MXGP field full of hungry youngsters.  But in Holland his comeback was noteworthy and he had an aggressiveness about him that showed he was feeling good on the bike and with the track. This may just be the performance Lieber needed to get back on form and step up to the plate after his teammate Coldenhoff’s injury.

Valentin Guilliod: What a ride by the European champion in Holland! Guillod has been in the form of his life recently at the recent hard pack rounds but his performance at VAlkenswaard confirmed to everyone that Guillod will be there every week regardless of the conditions.

In moto one Guillod was right there battling for second all moto battling with factory riders Tixier and Febvre showing that he not only has improved his sand skills but that his confidence is at an all time high.  He backed it up with a seventh in race two for fourth overall and although he wasn’t on the podium this might have been one of the most satisfying results for the Swiss rider all season.

Guillod is very talented on the bike, moving around the machine at will with a loose but controlled riding style that is really coming together under the guidance of Yves Demaria. Guillod has blossomed into a top MX2 GP rider this season and Holland was the confirmation for any remaining doubters that he is the real deal whatever the surface.

An honourable mention must also go to Thomas Covington. The American kid had a big learning curve all weekend to get used to sand and the nuances it takes to go fast. In the first moto he crashed and scored no points but in the second moto Covington finally found his groove and rode into the top ten.

He faded just a tad in the last ten minutes after a very aggressive first 15 where it looked like the American put all his frustrations of the last few GPs into a frantic first few laps.

Covington still finished a fine 11th and with his continued good attitude and obvious determination, he will be continuing to learn and improve throughout the season and should be back in the top ten soon.