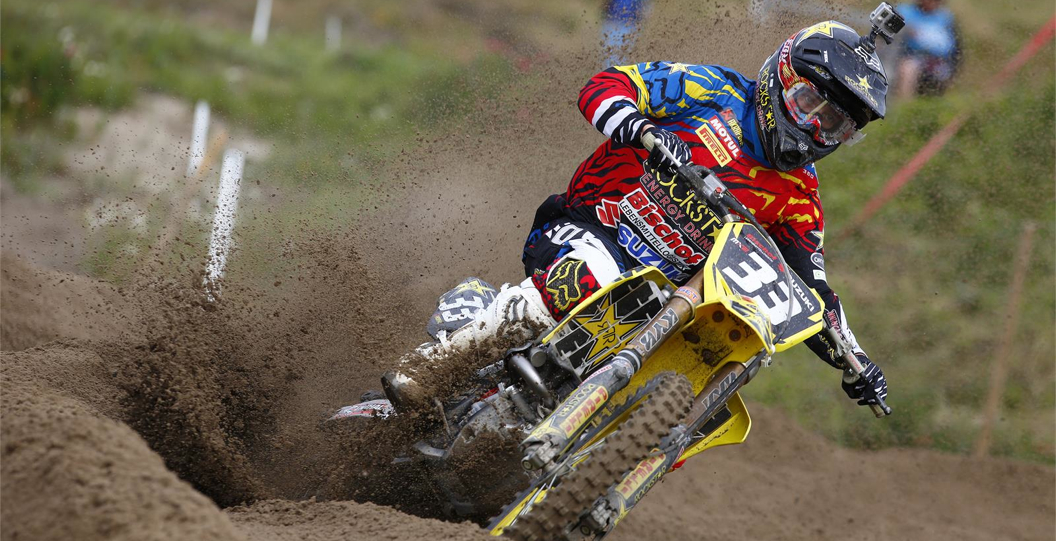 Under the Radar: GP of Finland

Christophe Charlier: Unfortunately, bad starts have hampered Charlier since he returned from injury, but fifth overall in the sand of Finland (despite the fact that he had two more bad starts) is a result that the Frenchman can be proud of. The factory Yamaha rider admitted that he has not spent much time on the sand, but his form suggests he is starting to get back to where he was last year. All that is missing now is a good start; he would then be able to show just how well he is riding.

Of course the poor starts could be down to the fact that Charlier is one of the bigger guys in MX2, so it should be a good thing that he has to race MXGP next season. Charlier is quick on a big bike (his rare Motocross des Nations rides are a testament to that) and could pull some surprises in MXGP next year, if he can stay fit. Although it has not been confirmed where he will end up, rumours suggest that he could be beneath the DP19 Racing awning with some help from Yamaha, which would be a good spot for him.

It will obviously be harder for him to garner top five finishes in the premier division next year, so like a lot of riders, I am sure that he feels pressure to perform at his last handful of MX2 rounds, as it will be his last chance to achieve some personal goals in the class.

Julien Lieber: Neat, tidy, smooth and technical are four words that describe Julien Lieber. The Belgian had another decent performance in Finland with seventh overall, and is becoming a top ten regular on the factory Suzuki as the season nears its end. Lieber is missing that arrogance that he needs in order to run in the top five, but he has the skill to do it. Perhaps someone needs to keep telling Lieber that he is an awesome rider for him to really believe it and unleash his full potential.  But recently Lieber has been taking small encouraging steps back up the ladder in his quest for MX2 glory.

Julien is still young too. If he continues on this upward path, he may find himself as a regular top five finisher next year, and potentially up on the podium stage. That has to be the main goal for him, as it is for a lot of the riders in a similar spot to him. Lieber is so underrated that it would be a surprise to most if he was in this position, but it may not be so far fetched – he has been in the top eight in five of the six motos.

Rui Goncalves: Where did that ride come from? Goncalves was on the gas all weekend in Finland and had a third in the qualifier. But in the second moto on Sunday he came from nowhere to join the battle for third place en route to ninth overall and his best ride of the year. Goncalves has had a horrible season but he has kept plugging away and finally showed the form we all expected of him throughout the season. The Portuguese rider has always been stronger in the sand, but we have not seen a result like that from him in quite some time.

However, the question remains, is it enough to earn a GP ride next year? With so many MX2 riders stepping up, it will certainly be tough for him to find a ride on a good team, but if he keeps riding like this he start garnering some interest.

Dean Ferris: Dean Ferris’ ride on Sunday came as a bit of surprise after he struggled in Sweden and on the Saturday in Finland. But his Sunday rides were more of what we expect from the talented Aussie, and he gave Husqvarna some of their best results of the season in only his second ride for the team. Two good starts and some good old determination allowed Ferris to figure out how to up his pace when it really mattered. Dean has catapulted himself back into the fray for a top MXGP ride in 2015, but he won’t want Finland to be a flash in the pan. I am sure most teams will want to see him back that ride up.