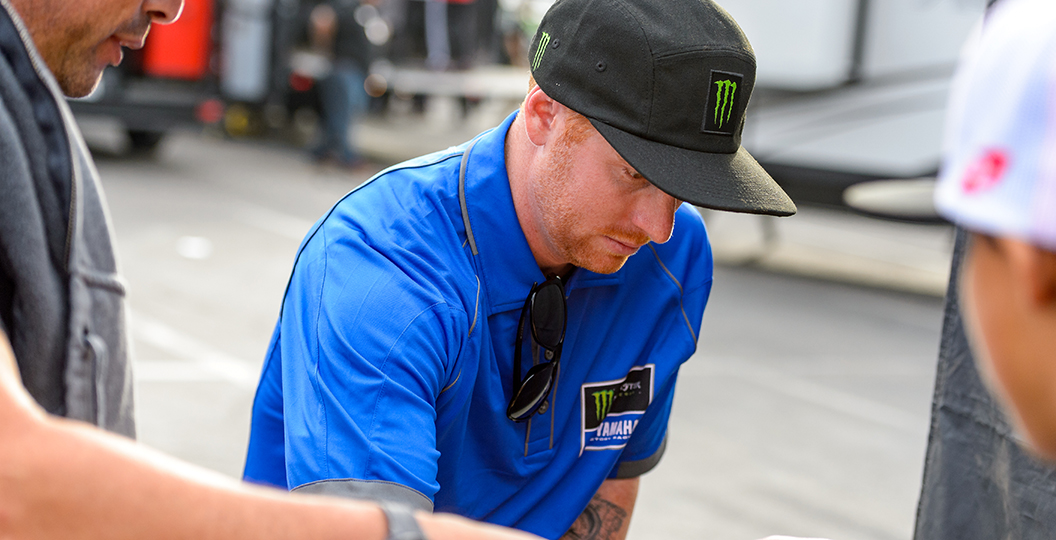 The Monster Energy Cup is always a unique and intriguing event. This weekend’s edition may be the most interesting yet though, as four-time 450SX champion Ryan Villopoto will return to racing at the highest level. There were rumours swirling around that Villopoto would ride practice and qualifying, as he has done before, but he has now confirmed that he will indeed take to the starting line.

“It’s cool,” Villopoto said in the pre-race press conference. “It’s awesome to be back here. We’ll be riding today, press day, and practice tomorrow. Just for all of you guys we will be gating up tomorrow night for the first time behind the gate in a long time and to get ready for Australia. I am looking forward to being behind the gate again and racing with all of these fast guys. I think if there is ever a time to do it it is at a race like this, where the track is not super gnarly and the guys are kind of in limbo right now from outdoors to supercross. I have just been riding and feeling okay, so why not come out and give it a go?”

Ryan Villopoto will use this event to prepare for the AUS-X Open that will held in Sydney on the second weekend in November. From there, he will travel to New Zealand to race in Auckland on November 24.