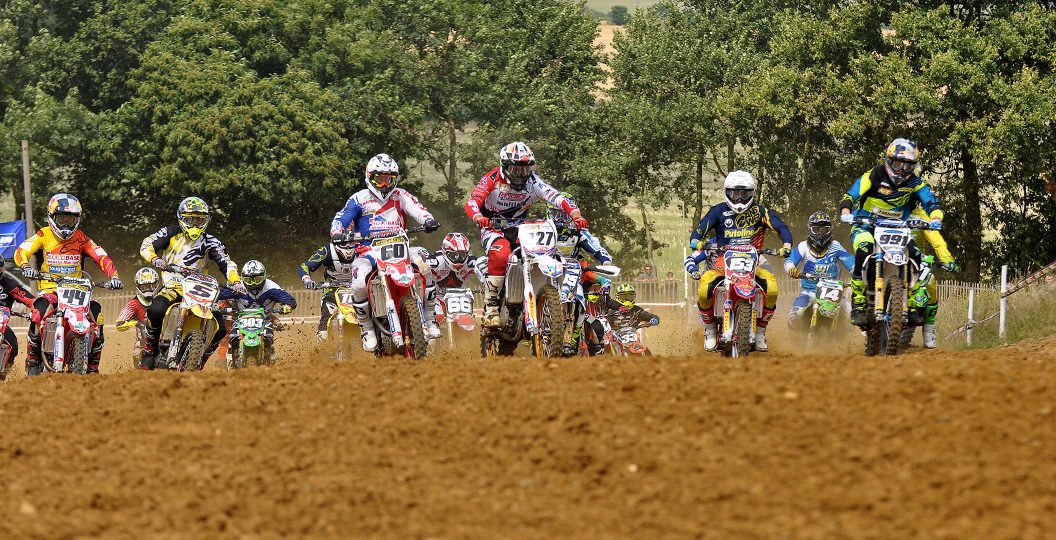 Following a lengthy summer break, the MX Nationals resumed this past weekend at the popular venue of Canada Heights, which basked in sunshine for a majority of the weekend. Unfortunately, a lack of entries meant that the organisers had to merge the MX1 and MX2 classes, but the racing did not suffer!

When the gates dropped for the first mixed moto on Saturday, Kristian Whatley led the field up the start straight and into the first corner. Although the lap chart shows that he led every lap, Brad Anderson, who started second, pushed him hard every inch of the way, but ended up eight seconds down at the end. Most 250F riders struggled out of the gate, as you would expect, but Steven Lenoir started in third and only lost a position to his teammate Nathan Watson – the Frenchman was a revelation!

Jamie Law was fifth in this one, with Martin Barr not too far adrift. Neville Bradshaw (second in MX2) ended seventh, followed by Graeme Irwin, Tony Craig and Shane Carless. Bryan Mackenzie (twelfth) was the third MX2 rider; but unfortunately, the top three guys in that class never got close to each other, as they were always separated by the bigger bikes.

The start was a pivotal part of each race this past weekend, as the rider that holeshot led a majority of the laps in each pro race. Anderson was that rider in moto two, as he got out ahead of his teammate and Whatley. Once Kristian got into second on lap three, he hounded Brad and proved to be the faster rider. However, despite trying everything, he just could not get by. Eventually he pushed his way past on the drop-off following the woods section, and he immediately established a gap. Unsurprisingly, he secured his second MX1 win of the weekend.

Graeme Irwin was third following a consistent ride, ahead of Watson and Banks-Browne, who is still struggling with race fitness following his time off. Steven Lenoir was the best MX2 rider again in sixth, closely followed by Mackenzie and Bradshaw. Barr and Law rounded out the top ten.

The third and final moto was very similar to the first to begin with, as the Buildbase Honda duo led the way after disposing of holeshot man, Whatley. When Brad took the lead, the race for the win was over, as he steadily increased his advantage at the head of the field. Behind him, second place swapped hands multiple times, Whatley held it briefly in the middle of the race, but Lenoir stormed through to take the position. However, Kristian regained it with two laps remaining and finished there, to secure the overall victory – his first in the MX Nationals (and second on the day, as he won the two-stroke class too).

Nathan Watson finished third, just ahead of Lenoir, who had another superb ride. Mackenzie and Bradshaw had better rides this time around in fifth and sixth, followed by Irwin, Law, Banks-Browne and Barr.