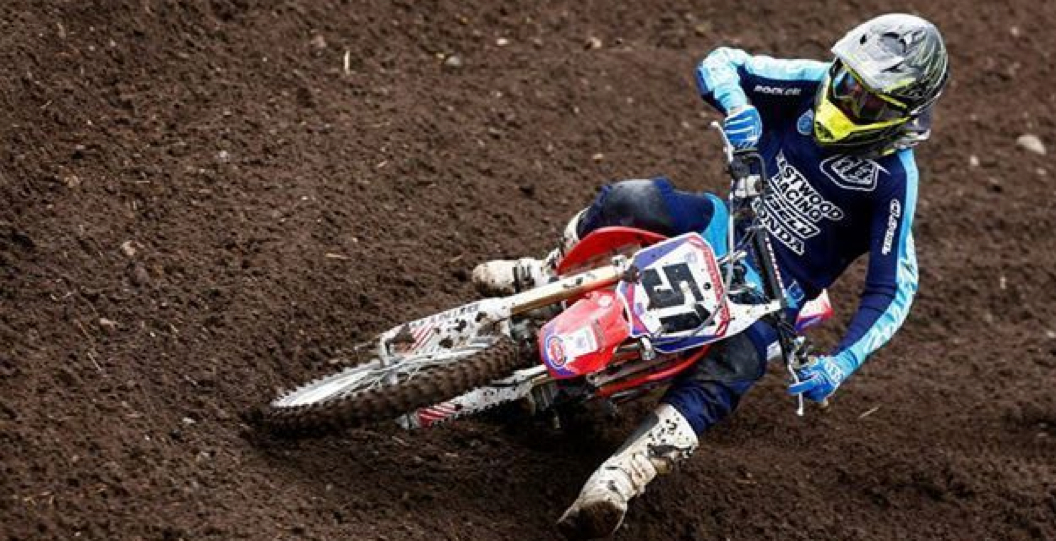 Race for EMX150 title hots up!

The battle for the Honda 150 European Championship crown is intensifying as two young riders, Brit Albie Wilkie and Finn Jere Haavisto, are emerging as the title favourites.

Again a full grid of young hopefuls will line up at the start gates in Loket on 27 July at the MXGP of Czech Republic, all competing on CRF150Rs provided by Honda in a series that encourages and supports emerging youth talent.

With two rounds remaining of the five-round series, just ten points separates Wilkie and Haavisto after they have been trading blows repeatedly and each taking turns at the top of the leaderboard. Swede Albin Larsen is currently third in the standings, 36 points adrift with Matias Murto, another Finn, a further eight points behind him.

There have been six riders visit the podium in this hotly contested season. With two races being held at each round, mimicking the format of the blue riband MXGP class, Wilkie has taken three race victories to Haavisto’s two. Jere was carrying a shoulder injury last time out in Germany that saw him relinquish the lead to Wilkie who rode to the overall win, but there’s been little to separate these two all season.

And there’s a lot at stake as they vie for the springboard to their motocross careers. The winner of this year’s title will again be awarded with a ride in the European MX250 (EMX250) class in 2015, riding a Honda CRF250R and supported by Honda in the next step on the ladder to motocross stardom.

“This is the second year for the Honda 150 European Championship and I’m so pleased to see it going from strength to strength. The racing has been so close this year as we can see from the number of riders on the podium and the top of the championship leaderboard. I’m sure it will only get more competitive too in Loket and at the final round the weekend after in Belgium as the title is decided.

“I’m excited that the series is continuing to attract such a high level of youth talent from all over the world and from the established two-stroke junior categories. We can see a long waiting list for wildcard entries this season and already many people wanting to join the series next year which shows the championship is getting stronger and more on young riders’ minds. Everyone who has ridden the CRF150R really likes it and fully sees the value of the bike in helping them learn how to ride a four-stroke fast from a young age.”