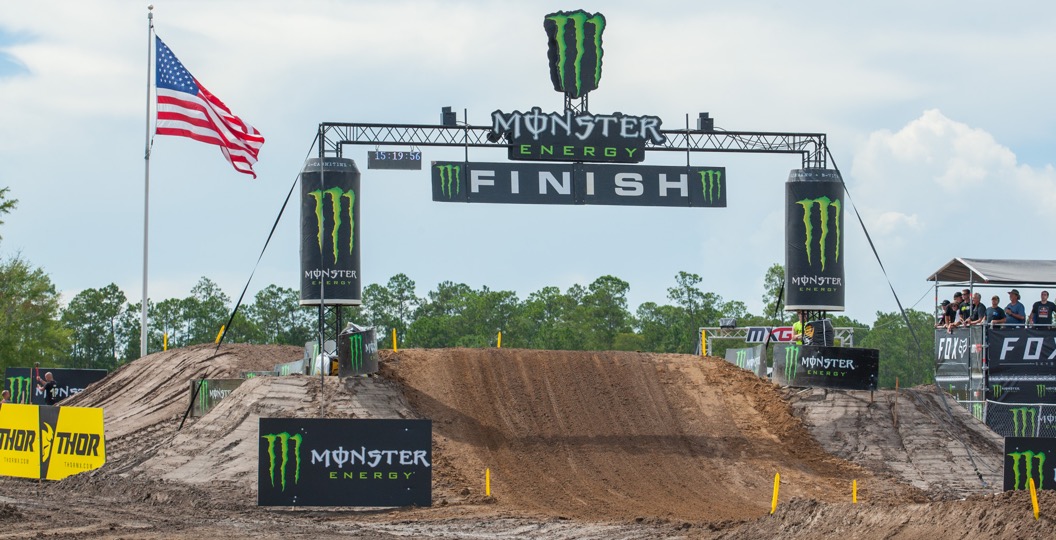 The Monster Energy MXGP of USA is simply fantastic, as it opens a door to the unknown. There are certain factors that those in the FIM Motocross World Championship can rely on, however, and that is an enhanced lineup, thanks to the inclusion of some star power from the American scene.

Good weather is often something that most fans expect, seeing as the USA is often blessed by glorious sunshine. That may be hard to come by this weekend though. Storms are expected on both Saturday and Sunday and, hey, we even had a brief shower today, so it is certainly in the air. The weather forecast has been unpredictable this week though, so there is a chance that the black clouds may shuffle past this great facility.

Would a storm or light shower really put a dampener on proceedings at WW Motocross Park? It would just be yet another factor to consider at what is undoubtedly one of the most unpredictable races of the season. It is fairly unheard of for a mid-season race to garner so much attention, but then that was experienced at the final round of the Lucas Oil Pro Motocross series a week ago. It really is a brilliant time to be a motocross fan.

That Lucas Oil Pro Motocross event, which was held at the impressive venue of Ironman, acted as the perfect promotional tool for the seventeenth round of the FIM Motocross World Championship, as there is now history between Jeffrey Herlings and Eli Tomac. Fans would typically have to wait another year to see the foes square off once more, but they are about to sit on the same starting gate for the second week in succession. The prospect of the pair tussling in a relaxed environment (title pressure weighed heavily on Tomac last weekend) is a good reason to tune in, of course, but then names like Antonio Cairoli, Cooper Webb, Justin Barcia, Gautier Paulin, Tim Gajser and Romain Febvre can be dropped in on top of that.

A great battle can often, but not always, be spoilt by a poor start and Jeffrey Herlings tends to struggle with those. The fact that he has an average starting position of seventh serves as proof of that. That may not be too much of a factor on Sunday, however, as Eli Tomac is just as unpredictable out of the gate. There is a great chance that both stars will be jostling with each other whilst cutting through the pack. Would that not make the race even more intriguing? There are so many layers to this battle that it is simply impossible to cover them all in one column.

Enough words have been dedicated to those two this week, so it is appropriate to switch to what may be an even greater story here at the WW Motocross Park. Antonio Cairoli currently has a lead of one hundred and one points over Jeffrey Herlings, which makes the math fairly simple. If Cairoli beats his teammate by the smallest of margins this weekend, or even ties with him, then he will lock up his ninth world title. ‘222’ is familiar with celebrating a title abroad, as he last claimed the MXGP crown at the Grand Prix of Brazil in 2014.

When questioned about the amount of weight that Cairoli put into the USGP in particular, he was fairly nonchalant. “It depends how I feel during the weekend, if I have the speed and feel good with the training,” he told us exclusively at the previous round. “I am also dropping a little bit of the training schedule, because I was not on a good level for so long. It is difficult to keep this condition for all of the year so, if I have the good condition and feel good, then for sure I will go for the win. The main thing is to stay healthy and get the title. If it is in America or Assen, it does not matter.”

“Motocross is a nice sport, because anything can happen,” he continued. “Eli Tomac is there and already has the title, but I’m still working for it. I don’t really want to mess up and do stupid stuff. If I have the speed and feel confident, then why not? I will try to do my best.” The stance that Cairoli has opted for would perhaps alter slightly if the championship was not on the line. An interesting side note is that he has won the MXGP title with two rounds to spare just once before, which was in Brazil in 2010, so this would be quite the accomplishment.

It is known where each 450F rider should slot in this weekend, as there is a large amount of history to base a decision off of. That is not the case with those in the MX2 (or 250F) category, however, hence why the intrigue in that class is arguably just as high as the premier division. Does an American like Adam Cianciarulo have enough in the tank to topple the MX2 series leader, Pauls Jonass, in an all-out duel? It is impossible to make an educated guess, simply because we have not seen either of those riders (or any of the guys in the MX2 category for that matter) in a situation such as this. A flamboyant rider, such as Jorge Prado, should not be ruled out on this style of circuit either. There is simply so much to look forward to.

Glen Helen has played host to the Monster Energy MXGP of USA in recent years and, seeing as that circuit is located over in California, the time zones have not worked out too well for those in Europe. That is yet another problem that has been solved by placing this event at the WW Motocross Park in Jacksonville, Florida. The final MXGP race will take place at 21:00 on Sunday for British fans, which would obviously be 22:00 for those over in mainland Europe. Fans across the globe will be able to enjoy the superb racing at a comfortable time.