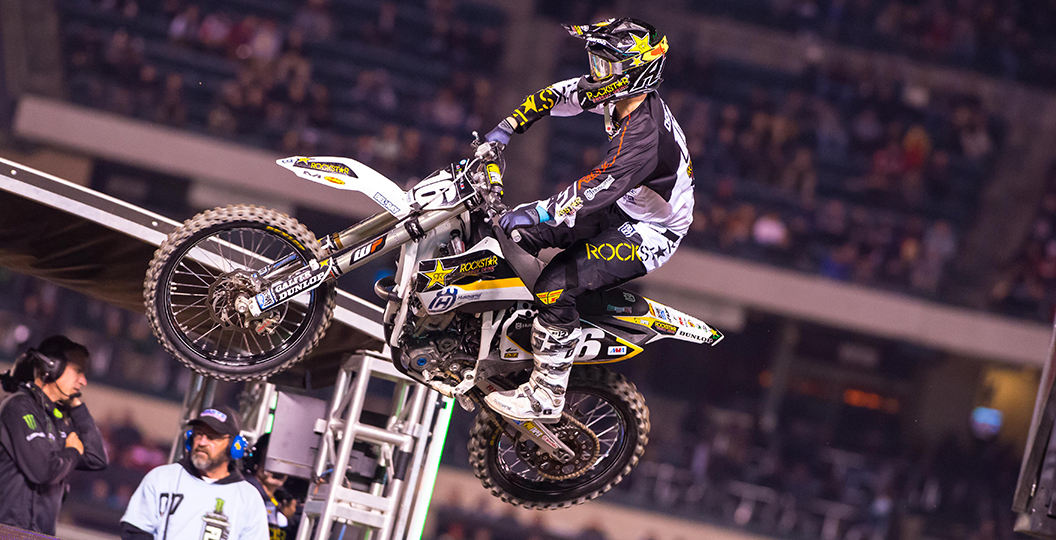 Point of Debate: The Restart

The 2015 Monster Energy Supercross series has had it all, including a lot of controversy. There was even more of that this past weekend, as the 250SX main was red flagged due to a start gate malfunction.

Now that doesn’t sound too ridiculous, does it? Whenever something like that happens the red flag is thrown. However, the officials took a little longer than usual this time around, as after inspecting the gate for five laps it was then decided that a full restart was in order. Osborne stated post-race that “in the first start my gate didn’t even move. I thought that we were just going to get to the finish line and they would red flag it. Then I got to the finish line and I was like, ‘okay next lap’. Three laps later I was still thinking that and realised that they weren’t going to do anything, so I had to go for it. I had to try and pick myself up again and then they red-flagged it.”

Zach seemingly knew it was a situation that required a red flag, but of course he had the best seat in the house. It would have been harder to see if he hit it or not in the various replays on TV, so you can perhaps understand the delay in coming to a decision. However, the fact that has most confused is that it took thirty seconds for the officials to black flag Chad Reed two weeks ago, which was a situation that was much more serious.

Consistency is pivotal in situations like this and, unfortunately, we haven’t seen it. Now I’m not saying they should have made this call in thirty seconds, but the Reed situation should have been properly analysed. Anyway, we can’t fall back into the trap of discussing that, as it has already been put under the microscope countless times.

Overall the right decision was made last night (eventually), despite some people stating that they should have done a single file restart. Had they gone that route, it wouldn’t have benefitted Osborne in the slightest. That works great when a crash causes a restart, but in this situation there was no other option than to run it again.

Some teams and riders were irate at the call, but in the end it didn’t impact the results too much; Cooper Webb was still faultless on his way to the win. Bowers, Stewart and Hill are undoubtedly wishing the race had continued first time around, but that’s the way it goes sometimes.