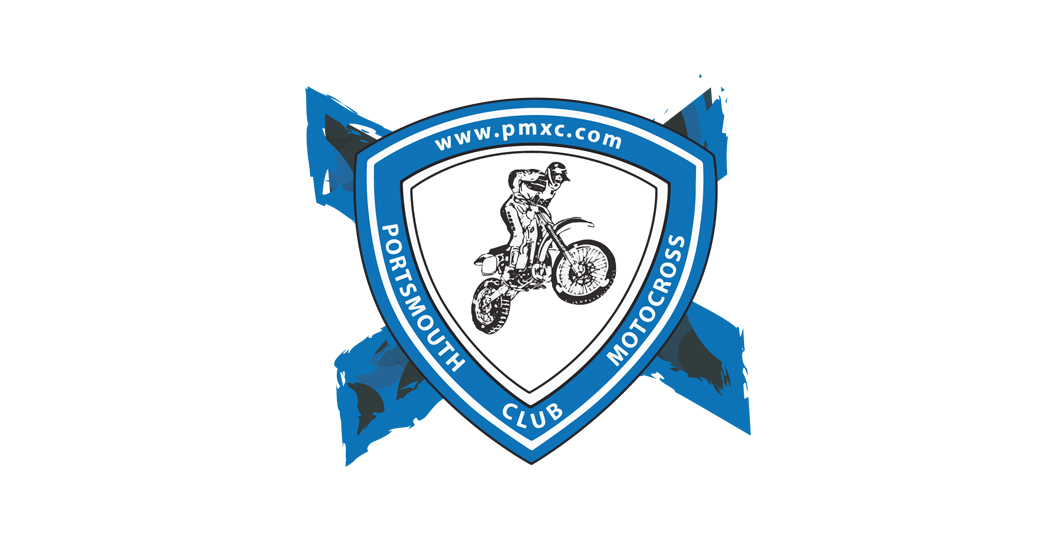 Portsmouth MX Club’s biggest and most eagerly awaited event of the year took place at the spectacular Culham circuit next to the River Thames. The ambition was to raise as much money as possible for the Hampshire & Isle of Wight Air Ambulance, in loving memory of Brad Hooper who sadly lost his life in a motocross accident in 2014.

The club can’t thank the members and families enough for all their support. With so many amazing prizes donated by a list of generous people (too long to mention), the club managed to raise a staggering £3901 for their chosen charity. It was also an honour to have Brad’s family on board during Saturday. They worked tirelessly all day to sell raffle tickets, organise bike competitions and sell delicious cakes to everyone!

The gates were heaving with talent all weekend, as MX1 putting on a show of immense speed! Neville Bradshaw made the other riders work hard to keep up with him. Nicky Watts and James Rutter kept tabs on him throughout the day, but going 1-1 Bradshaw took home the prize money. Watts charged forward in style to finish in the runner-up spot, as Rutter came close behind in third.

Watts unfortunately was denied the overall on day two. Following two admirable wins, he ended up in the back of the ambulance with a very swollen thumb! Jake Penny kept the leaders in his sights both days. With competitive starts he would remain in contention for a win. Securing a comfortable first place in the final moto on the last day rewarded him with the overall. Closely followed by Carl Turner, who followed Penny home all the way to secure second overall. Warren Daniel kept his nose clean and kept on the front runners pace to secure third.

The Big Wheel class were next to face the gate drop. It was a pure masterclass of precision, speed and perfect riding from Olly Davidson. Romping home to win each race throughout the weekend, taking home the overall on both days.

Thomas Casbeard put on an equally impressive show. Without putting a wheel wrong, he managed to secure second place throughout the motos, taking the runner-up spot each day. Guitar Webster battled hard to take Casbeard’s place, riding superbly well to secure third overall on day one. A handful of riders battled it out to take over Webster’s spot on day two, chopping and changing position as the track became rough, catching out a number of riders. Robert Storer kept his cool, going 4-5-5 to take third overall on Sunday.

The MX2 lads and lasses went all guns blazing, a battle between Luke Kennett, George Clarke and Jordan Bachelor provided some breath-taking action on the track! Unfortunately Bachelor was another casualty who ended up in A&E, so Clarke and Kennett took over at the front. With Kennett managing to grab a race win on Saturday, he took the overall away from Clarke. But, Clarke found the extra pace on Sunday to blast his way into the lead! Two race wins would reward him with the overall on Sunday.

Mark Atkinson joined the thick of it at the front, hunting Clarke home in each moto to finish as runner up. Kennett was still strong and with a change in machinery for the final moto of the weekend, which secured him a race win, he ended the day in third overall.

There would be no denying the small wheel class’ winner, Charlie Nightingale. In a class of his own, untouchable by any other rider, finishing on top spot in each moto to take the overall victory on both days. Tyler Kirby and Danny Webster battled it out for the second spot. Both riders shared the spoils, going second and third in four out of five races, with Kirby grabbing the runner up spot on Saturday, Webster taking the place away on Sunday. Superb riding by both young riders!

Some seriously rapid Rookies assumed centre stage next. Not one rider giving an inch to their competition throughout each moto. Todd Leadbitter was set for five straight victories, but a nasty spill in the opening moto on day one denied him his glory. Limping home at the back of the pack, he redeemed himself in the remaining races, grabbing four wins to secure the overall win on day two.

Preston Williams definitely wowed the crowds with some impressive jumping, not only securing the overall victory on day one going 1-2, but was also crowned the winner of the cherished Brad Hooper Memorial Award! Cullen Scott wasn’t holding back either, ridiculously fast riding from the youngster rewarded him with second overall on both days, a pleasure to watch! Lewis King London was hot on the heels of the front runners, another flawless set of motos from him to secure third overall on both days.

The little Autos definitely did themselves proud throughout the weekend, on such a challenging and tricky circuit. But, nothing seemed to phase recent SS24 Rider of the Meeting, Fabian Morrison Junior! Tackling the jumps with ease and riding like a pro, going 3-1-1-5-1 to humbly secure the overall on both days!

Jeremy Titley had tremendous starts to push him straight to the front of the pack. Narrowly missing out on a race win, but comfortably securing second overall on day one. Harley Swain returned from holiday to charge straight into the thick of it on day two, scoring two second places to finish in the runner-up spot. Jacob Collins had a mixed bag of luck throughout the weekend. Starting off with a brilliant win on day one, followed by consistent top six finishes, including a second and third rewarded him third overall on both days.

The Juniors waited patiently for the gate to drop. Emerging victorious, McKenzie Marshall took no prisoners, consistently getting into the lead until the chequered flag waved. Five perfectly executed wins rewarded him with the overall both days.  Charlie Richmond wasn’t far behind, powering it hard to push himself to the front of the pack. Making it look easy, a comfortable and commendable second place for Charlie on both days. Leo Skinner battled hard all weekend to keep a rampaging Ben Sullivan off his tail, Sullivan taking away Skinner’s third spot in moto one, day two. But, he fought hard to maintain his position, finishing up third overall on both days.

The Premier class held everyone’s attention going out last. For old blokes, they don’t hold back and their speed is immense. Darren King, as usual putting on a show to secure a straight set of flawless race wins, claimed the overall on both days. Tony Tunnell did give him a run for his money, battling out to secure a top placing. Going 3-2-3-4-3 throughout the weekend rewarded him with second overall. Despite detesting the final jump at the finish, Brook Alder had the speed and brilliant starts to push himself into the top flight, going 2-4 on day one saw him pick up third place prize money. A nasty crash on day two left Howard Standfield seriously bruised and out of the running, allowing Mark Morris to assume his place. Consistent top six finishes rewarded him with third overall on day two.