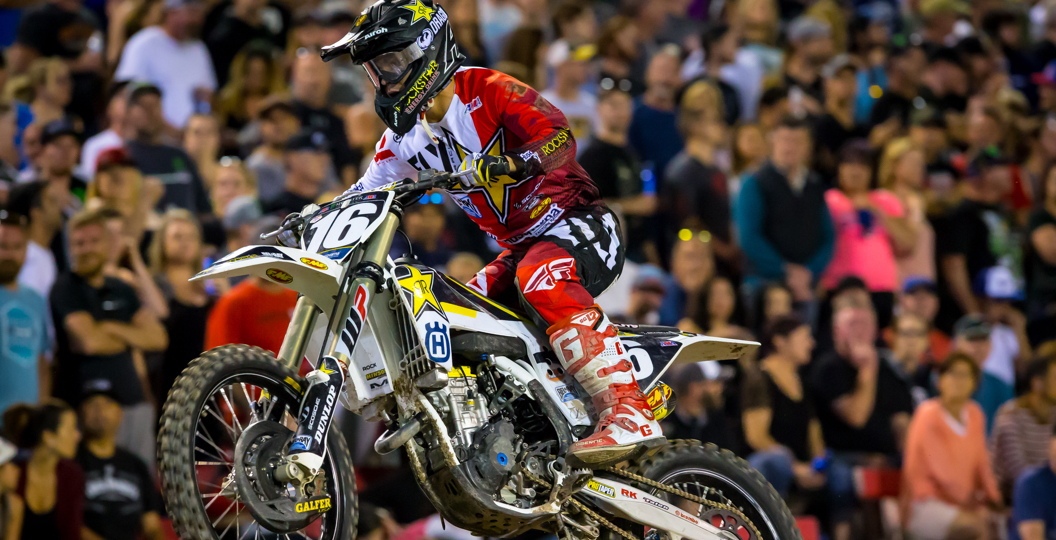 Zach Osborne is undoubtedly still riding high, following his triumph at the Monster Energy Supercross finale. Everyone has watched the move that won him the championship countless times and, unsurprisingly, those at the AMA are no different. The tape was reviewed and it was eventually decided that Osborne was in violation of the rule Appendix A.2.c.17.

“It was determined that the pass was aggressive in nature and, per the 2017 Monster Energy AMA Supercross an FIM World Championship rulebook, the current action in Las Vegas caused a fine of $7,500.00 to be issued,” a statement from the AMA revealed.

“The protesting party did not agree with the severity of the penalty and chose to appeal the Race Director’s decision,” the statement continued. “An appeal hearing was then convened and all evidence presented by both parties were reviewed. It was determined by the appeals panel that the penalty was justified. The decision of the Race Director was confirmed and the decision of the appeals panel is final. No further appeal is possible.“

Thankfully Osborne was not docked any positions, so he is still the 250SX East champion.