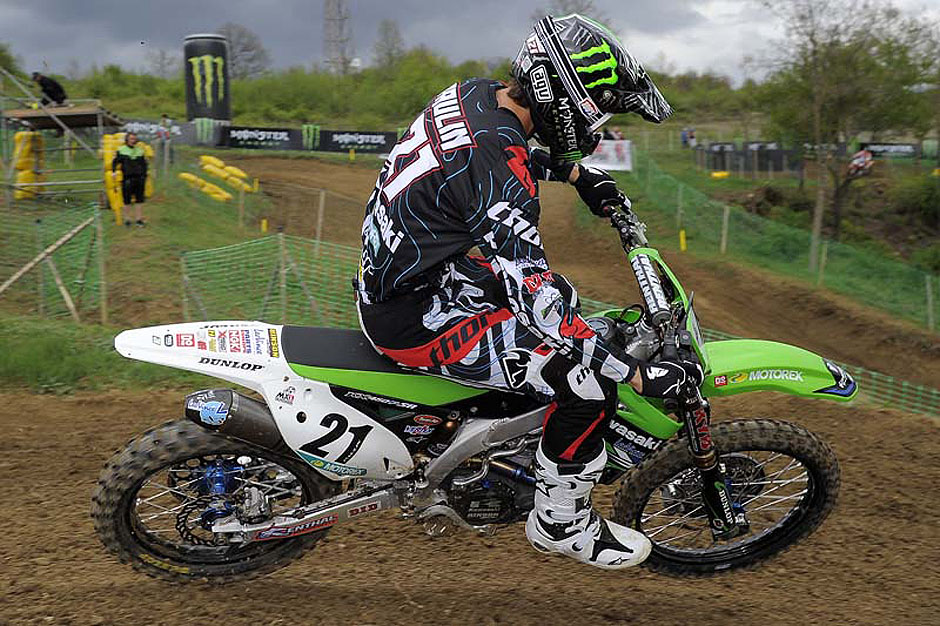 Paulin hangs it out in the mud at Brazil

The second and final stop on the South American continent saw Kawasaki Racing’s, Gautier Paulin, narrowly miss out on an overall podium after muddy conditions mixed up the results in Beto Carrero – Brazil.

Overnight thundershowers transformed the well groomed circuit into a mudbath for the first moto and with a bad start from the middle of the grid Paulin had to battle his way through the ruts and mayhem. He climbed his way up to a podium spot behind David Philippaerts and race winner Christophe Pourcel.

With conditions drying out somewhat for race 2, Paulin still not get the start he needed up front and once again he had to come through the pack.  He ran out of time to secure a podium finish and had to settle for 5th tying on points with Belgian Kevin Strijbos for 3rd overall.

“First I must congratulate Xavier for a great second moto. We are the only team to have both riders win a MX1 GP moto this year.  I really wanted to be on the podium as well but lost too much time in the second race after an early mistake and could not recover quick enough.  I’m looking forward to returning to Europe and of course to riding my home GP in two weeks in St Jean.  It will be a really important GP for the team and myself.” commented Paulin.