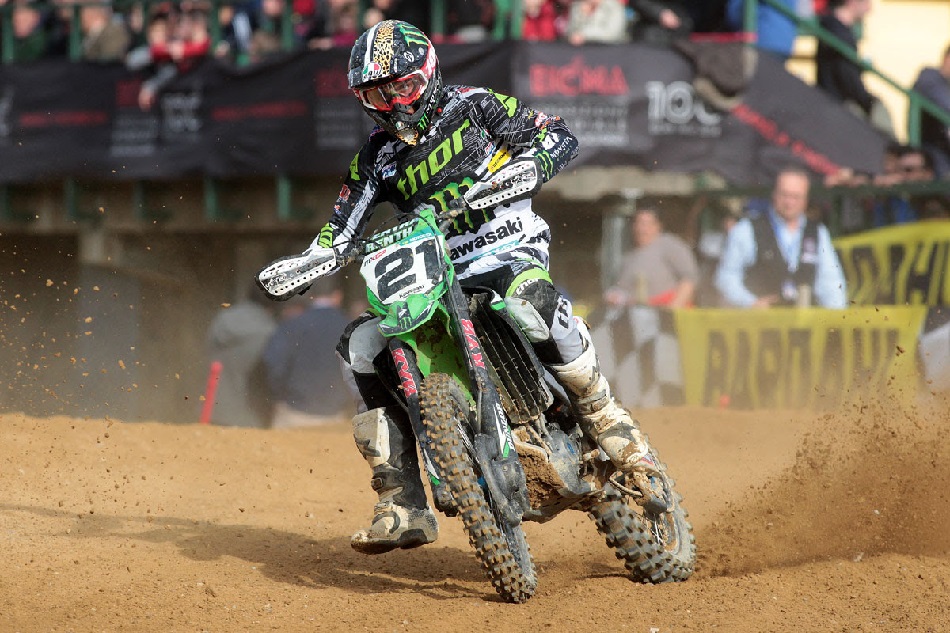 The final round of the Italian Elite MX championship marked Gautier Paulin’s first appearance for the 2014 MX Season.  Unfortunate weather conditions cancelled the Monster Energy Kawasaki rider’s initial plans of racing in Valence (France) but a quick decision to race in Italy saw the likable Frenchman line up against a world class field in Montevarchi.

Sunny skies and great track conditions welcomed a full grid of riders to the hilly former GP circuit and Paulin lost no time in getting down to business.  He got off to a great start in the MX1 moto and immediately passed Nagl for the lead as he took control of the race from lap 1, leading to the checkered flag.

Grabbing the hole-shot in the Elite moto, Paulin set his own race pace and posted consistent lap times with Team-mate Frossard following suit.  With five minutes remaining Paulin pulled a sizeable gap on second place and took the double victory.

Gautier Paulin: “It was great to be here with all the team, racing for the first time since November. I inevitably had some arm pump as this was my first race for so long, and I rode carefully all day as there were some deep ruts and it could have been dangerous. But I still won both races – I had a good feeling and that’s a great way to start the season, even if we know that nobody is riding at 100% so early in the season.”

The FIM Motocross World championship will be Gautier’s next event on the 1st of March as the 18 round series kicks off in Losail, Qatar.