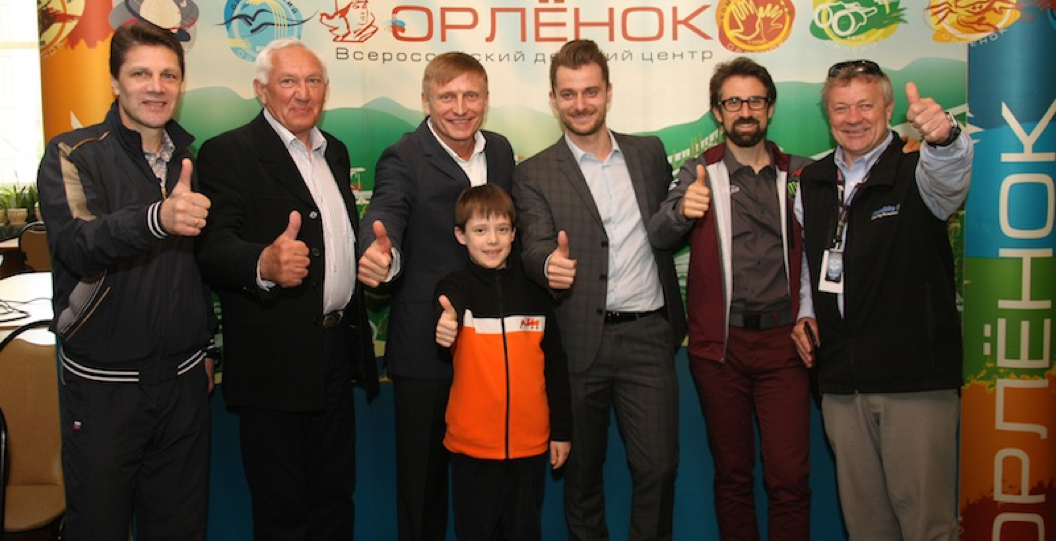 FUNCHAL (Portugal), 05 May 2015 – Youthstream is pleased to announce that the 2016 FIM Junior Motocross World Championship will take place in Orlyonok, Russia.

Last weekend, the motorcycling club in Orlyonok hosted the North Eastern European Championship qualifier for the EMX65 and EMX85 classes. It was at this event that Youthstream with support of the FIM, and the Russian and Krasnodar Motorcycling Federation’s came to an agreement for Orlyonok to host the most prestigious event for the youth of motocross, the FIM Junior Motocross World Championship.

Youthstream Directors David Luongo, Daniele Rizzi, Russian Motorcycling Federation President Mr. Alexander Dzheus and Krasnodar Motorcycling Federation CEO Mr. Boris Suslonov were in Orlyonok when the agreement was signed, as were some representatives from the Ministry of Sport Russia who are also taking interest in supporting this great event.

Youthstream Director Mr. David Luongo said, “We are pleased to mark our comeback to Russia with this event in 2016, which could open the door for us to host also a round of MXGP there in the near future. We thank the Russian and Krasnodar Motorcycling Federations, the Russian Ministry of Sport and Mr. Dzheus who made the link between all of us. Thanks to its amazing facilities, which also offer interesting education programs, this is the best place to host this event, it reminds us all that sport and education do go along very well.”

Russian Motorcycling Federation President Mr. Alexander Dzheus followed up, “An important meeting between Youthstream and the Motorcycling Federation of Russia has taken place at the Russian educational centre “Orlyonok” this weekend, during which we have demonstrated a substantial understanding and a strong will to have a close and transparent cooperation in the future.  It`s an honor for us to host the FIM Junior Motocross World Championship in 2016. We`ve been hosting the first round of the Motocross European Championship  for classes EMX65, EMX85 and EMX Open for 5 years yet.  And the contract with Youthstream  is a good step-by-step development of our cooperation with the international sports community. We thank Mr Luongo and Mr Rizzi for their trust, we will do our best to justify the confidence.”