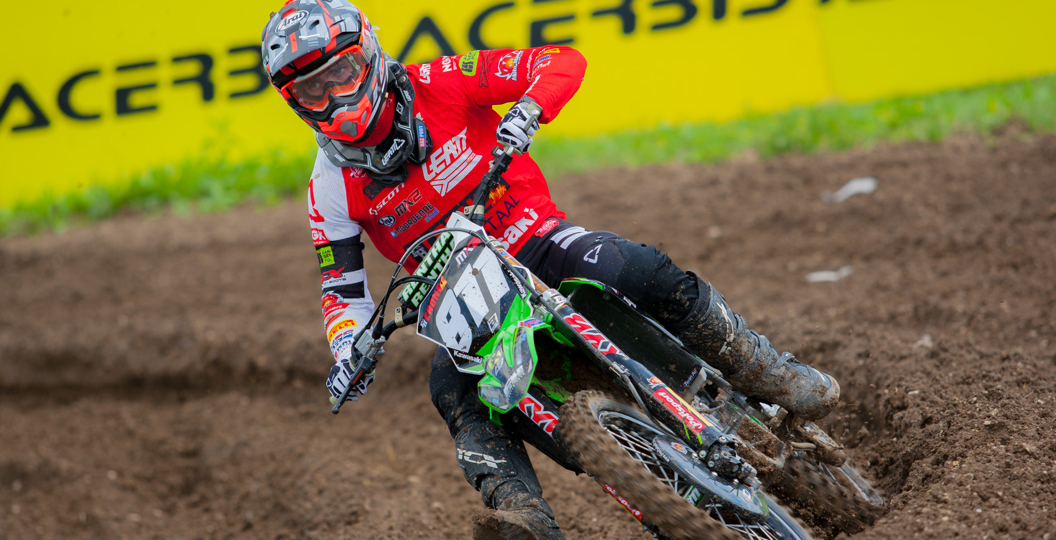 Out: Sterry To Miss France

Adam Sterry has had a rough go of it recently, but hoped that he would be able to turn things around at the Grand Prix of Great Britain. Things did not go according to the plan there, however, as he required treatment after struggling with the heat in the first moto. A comeback has been delayed further now, as he explained on social media.

“Had some tests this week got the news today I can’t race as it’s too risky for my health,” Adam Sterry wrote. “Gutted for me, @FHRacingTeam and @Cedrick013. It’s not going my way at the moment but we’ll keep working.” Sterry also missed the two rounds before the British Grand Prix, Latvia and Germany, with ligament damage in his ankle.

Following the various issues that he has encountered in the last month, Sterry now runs seventeenth in the championship standings. A sixth in Portugal was a season-best finish for the Kawasaki-mounted rider. There is currently no word on whether he will make it to the Grand Prix of Lombardia.