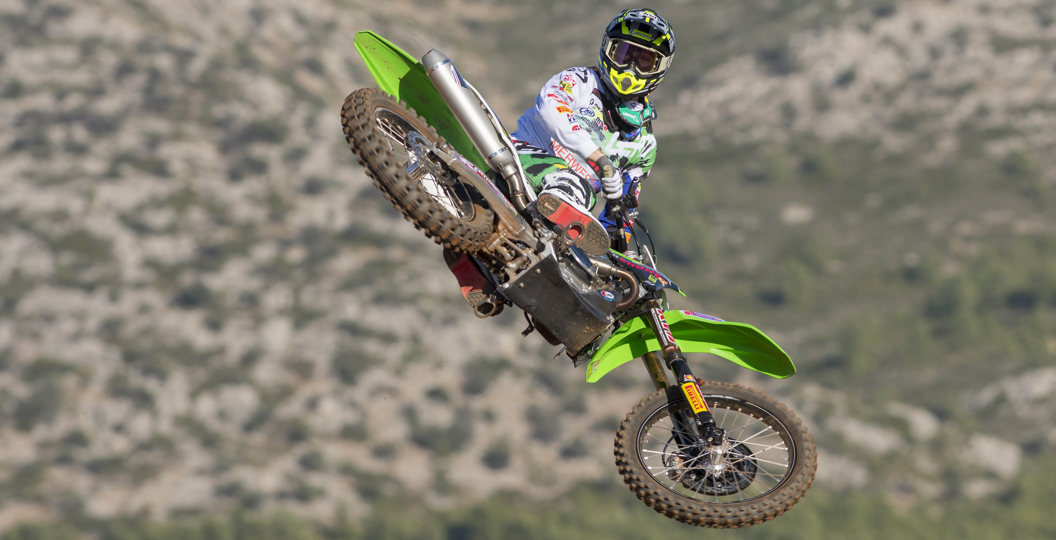 Adam Sterry and Richard-Mike Jones, of the RMJ Academy, have been inseparable in recent years, but things are beginning to change. Sterry has made a big move in recent weeks, as he has opted to switch trainers for the first time since he became a professional.

Marc de Reuver, who was signed by the F&H Racing Kawasaki team to train their riders, seems to get the best out of every single guy he works with. Pauls Jonass raced to a world title last year, then both Jed Beaton and Ruben Fernandez have come on leaps and bounds since the start of the current term. Sterry will be hoping to follow that path and learn from the incredible amount of experience that de Reuver has from this point on. The pair worked together for the first time today.

“I am happy that Adam is coming to train with us,” de Reuver told us exclusively. “We will make sure he gets the support required. Personally I love to work under pressure, it gets the best out of me, and having Adam… I am super pumped for the second half of the season, man!”