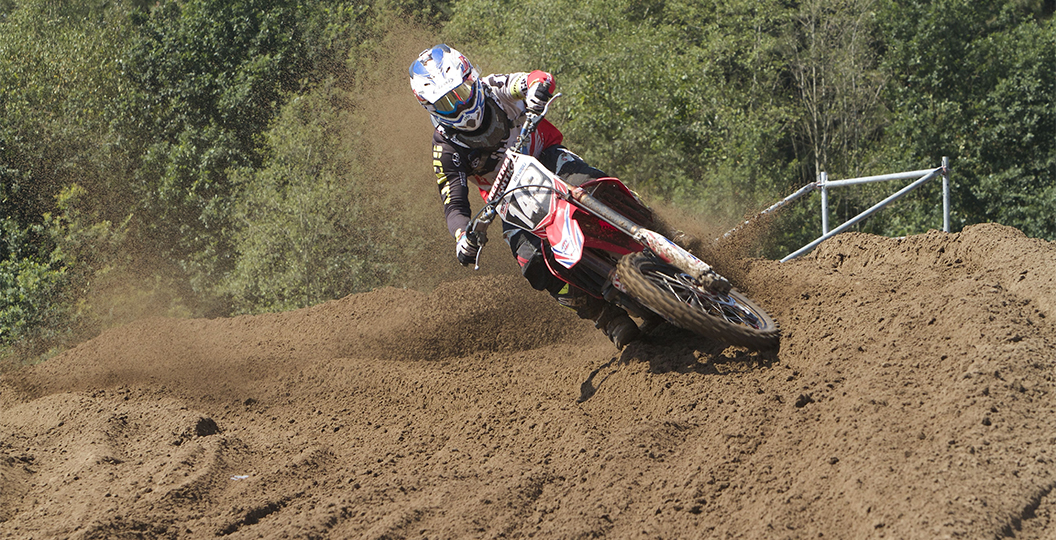 Last year’s Honda 150 European Championship runner-up Jere Haavisto will be representing Finland this weekend at the Motocross of Nations in Ernee, France.

This year has seen Haavisto compete in the European 250 championship, where he is now a regular points-scorer. The young Finn, who is part of the same Manninen Bros. team of current Honda 150 European champion Emil Weckman, will be racing alongside current MXGP and MX2 riders.

“This year has been quite a challenge,” says Haavisto. “The good thing though is that I already know the people, the paddock, some of the circuits and how the whole MXGP program works from last year when I was in the Honda 150 European Championship. I haven’t had the results that I think I could have but I have learnt a lot and I am going to come back stronger next year. I think my weakest point has been the timed qualifying, because if you don’t get a good gate pick for the qualification race then it’s really hard to get a good start. One thing that I’m really thankful for is that the Honda Jtech team has helped me a lot with all kinds of stuff and that I have been able to pit from their rig at the races.”

In addition to the European 250 Championship Haavisto has been competing in supercross and the Finnish MX2 championship. “I won a few races and was there in the MX2 title hunt in the last race. I ended up with bronze but it was my first year in the MX2 against all the big boys so I’m pretty happy with that.”

With national pride at stake the riders have always considered the Motocross of Nations to be something special. The best three riders from each participating country are selected for the MXGP, MX2 and Open classes, giving younger talent the chance to race against the best motocross riders in the world.

“I’m really proud of this!” says Haavisto. “It has been a dream of mine since I was little: I honestly didn’t think it would happen this soon. It’s amazing that the Finnish Federation has put us young guys forward for the Nations – our team’s combined age is fifty! I’m really excited to be competing against the MX2 and MXGP guys and hopefully racing with them will help me to push my boundaries a little. I also think it’s a great way to see where I am speed-wise so I know how hard I have to work in this offseason to be ready for EMX250 next year.”7