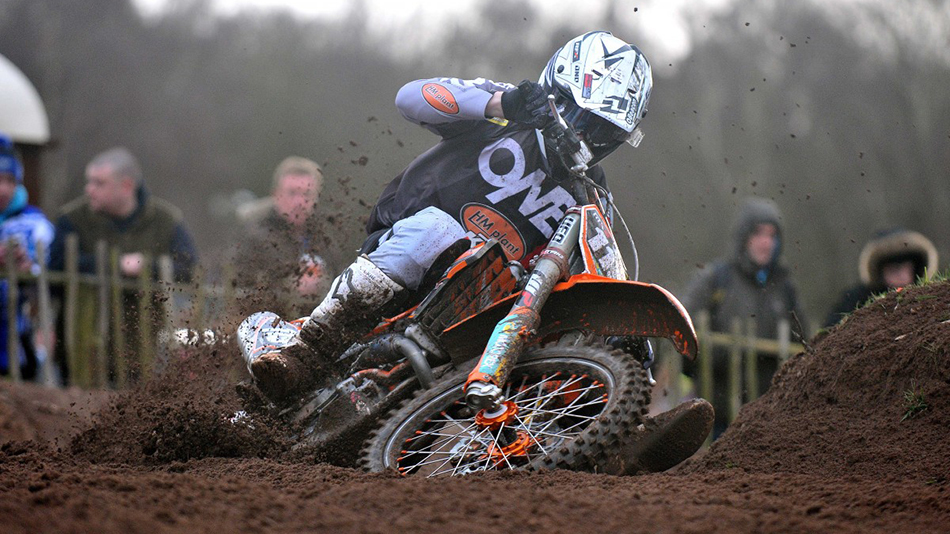 There are always a lot of unknowns heading into a new season, and this year is no different. But one thing is certain; there is going to be a new champion in the MX2 class this year, which is an exciting prospect. However, there still appears to be a clear favourite.

Mel Pocock will make his full-time return to the Maxxis British Championship this year, and I see no reason why he will not dominate. Mel is one of the only riders that actually have some experience of being in various high profile title fights, which will surely prove to be valuable. Honestly, the only things that I can see stopping him is a mechanical issue (he has had some already). Some would argue that he should already be a British champ, as he narrowly missed out on the title in 2012. So, he will be looking for redemption, which will make him dangerous.

Matiss Karro will drop down to the MX2 class in the Maxxis British Championship this year, which is an intriguing move. Karro is riding a 350 in the MXGP series, so he is going to have to keep switching from one bike to the other. However, the difference is not going to be as bad as it would be if he were riding the 450. This is the only reason I think that Mel is more of a favourite than the Latvian. Landrake will be a great indication of how the season is going to go for the Wilvo Forkrent KTM rider.

Both Bryan Mackenzie and Neville Bradshaw (the seasoned veterans) will be threats for race wins, and possibly the title. I think this could be the year that they catapult themselves into championship contention – they both made massive strides forward last year. I certainly expect them to win a few races each, and an overall victory or two, as well. Bryan only recently got back on the bike, so he may be a bit rusty at first, which may hinder him. But the knowledge that both he and Bradshaw have gained in their careers should aid them.

Steven Lenoir will one to watch this year – I expect him to also become a consistent threat for race wins. Although his ride at the Hawkstone International was slightly underwhelming, I expect the Dantec Husqvarna UK rider to be on top form at Landrake, which is a circuit that should play to his strengths. Lenoir has not won an overall in the series yet, so he will be looking to get that monkey off of his back as soon as possible.

I expect Martin Barr to slot right into that group. Actually, judging by his performance at the Hawkstone International, he may have the potential to leapfrog these riders (if things go his way). Honestly, his ride there was very impressive. If it was a sign of things to come, this has the potential to be an incredible season for him. Martin has had his fair share of bad luck, in the past, so it is about time things went his way; he is certainly an underdog.

Steven Clarke is another rider that has the speed to steal a couple of race wins this year. However, whether he will have the consistency required to challenge for the championship remains to be seen. In the past, Steven has had some hot and cold results, but this could be the year that he turns it around; he showed a lot of potential towards the end of 2013. Like I said, his speed is undoubted, so he will certainly mix it up at the front a lot of the time.

Ben Watson will certainly be one to watch this year; I am actually really excited to see what he can do. In 2013, Ben was seemingly quick enough to break the top ten consistently, but I think we will see a lot more from him. In fact, I bet that we see him battling around the top five a lot of the time. Why do I think this? Well, he was quite impressive at Hawkstone – he beat a lot of the riders mentioned so far, as well, which was unexpected. So, make sure you watch out for Ben this year; he could surprise a lot of people.

In 2013, Adam Sterry was one of the riders that made the biggest improvement in the series standings; I see no reason why he will not do the same this year. Adam will surely be looking to land on the podium a couple of times, at least; he certainly has the speed. Where this will leave him at the end of the year remains to be seen, but the Wilvo Forkrent KTM rider is going to be up front each week, I’m sure.

The HM Plant KTM UK duo of James Cottrell and James Dunn will be right in the mix at each round, of course. I predict they will be somewhere between fifth and tenth more often than not; if they can do that consistently, I am sure that they will be pleased. Remember, they are both coming off of some serious injuries from last year. I expect Lewis Tombs, Jordan Booker and Jason Dougan to be in this group, as well.

Of course, there will be a handful of riders that come out and surprise us all. Riders like Liam Garland, Jake Millward, Luke Norris, and Lewis Trickett (to name a few) will be right on the cusp of the top ten a lot of the time. The MX2 class in the 2014 Maxxis British Championship is stacked with talent, evidently, hence why the action is not to be missed!