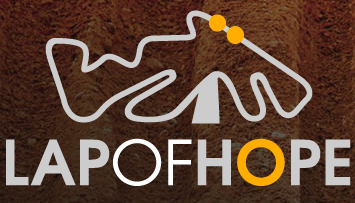 Lap of Hope Raceteam-Be Part of It!

Lap of Hope Raceteam-Be Part of It

Lap of Hope the spinal injuries charity ride day organised last year by Ex GP rider Justin Morris and Lee Morgan is setting up a race team for 2012. Supporters of Lap of Hope needn’t worry this is just an addition to the hugely successful day which will take place again at Apex on 14th August with the usual who’s who of British MX in attendance. The team is something that Justin and Lee came up after Lee had the idea at 5.30 in the morning and immediately rang Justin with the idea. Lee and Justin said that “the idea behind the team is to raise the profile of the day again and to hopefully raise more money again”. We know times are tough for people to get to these race meetings and wanted to help a couple of worthwhile riders make the next step whilst raising the profile for Lap of Hope.

Lee added “We have put together a package that we think will make people want to be part of the team. So far (and we hope to add to it over the coming weeks) we have the following:
Team riders will be able to attend all Justin Morris MX group training schools
Both riders will be part of Justin’s mentoring scheme for a Red Bull weekend (he will pass on tips and walk the track with the riders)
A full set of custom Lap of Hope graphics designed and supplied by Moto Shack
20% off oils, filters and tyres from the newly opened Pure MX

We are hoping to be able to source two full kits- boots up to helmets plus a couple of neck braces and some EZ-ups with the Lap of Hope and sponsors logos on so if anyone wants to help with this we would be more than grateful.

The selection process for the race team will be the following:
Must be racing the Red Bull Nationals in 2012
Two riders cannot be in the same class-classes include 65’s up to rookies
Must submit in no more than 150 words why they should be on the team-we are looking for people who match the ethos of Lap of Hope, so we are looking for people who put a lot of effort into going racing and perhaps including some of the sacrifices they make to come racing and it must come from the rider themselves not written by their parents. We want people on the team that will be a credit to themselves and represent Lap of Hope in the right way.

Once we have received all the written entries a panel consisting of Lap of Hope supporters Pat Stott and Adey Mahoney will shortlist 5 riders who will go into a vote with the final two chosen by an online poll where the public decide who wins.

The closing date will be the 1st May for all written applications the shortlist will take place within a few days of that and we will run the poll for a week so before the 2nd round of the Red Bull nationals the team members will be announced. For further info or to enquire about sponsoring the team you can ring Lee on 07862221803 or submit your application to [email protected] For more info on Lap of Hope visit www.lapofhope.com.