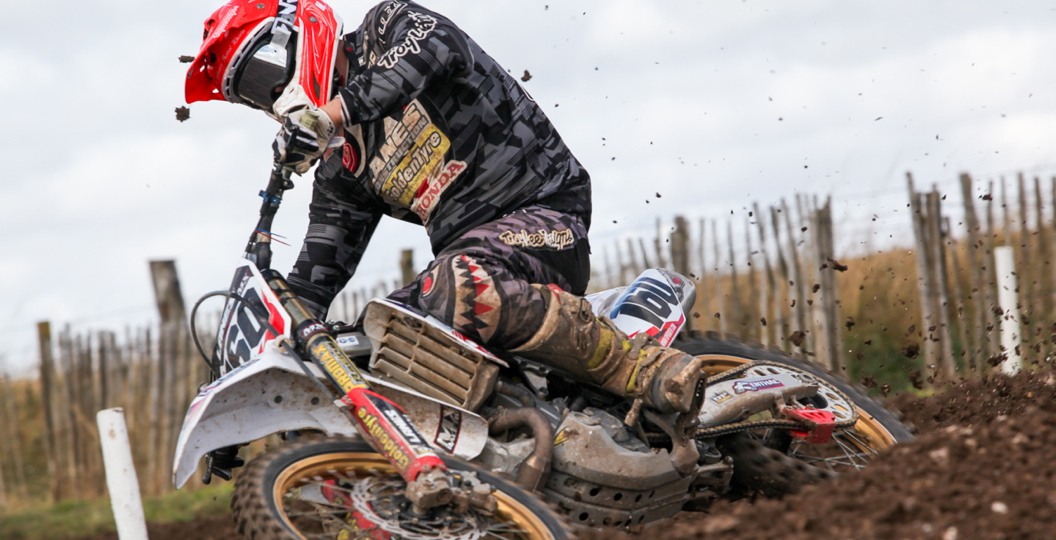 With one man down, Lanes Honda travelled to Cusses Gorse in Wiltshire for the penultimate round of the Maxxis British Motocross Championship this past weekend. While Alfie Smith has had to sit this round out, Charlie Putnam clocked in for the MXY2 class instead.

Although Ben continues to have a tough time, he continues to try hard. In the first race, a start in seventeenth was looking good. Quick to get into a groove in nineteenth, he suffered a crash late in the game and had to recover positions to end in twenty-third. The second race saw Ben get underway in twenty-third, but more crashes and not being able to hit the right rhythm dropped Ben further down to end outside the points a second time.

Scott’s first race also started mid-pack, but a consistent race in seventeenth ended a place up in sixteenth. The second and final races built on the previous races results, with Scott putting in more solid work to end in twelfth both times for a thirteenth place overall on the weekend.

Charlie also put in a strong effort in his two races. Third around the first lap in his first race, he kept the pressure on Kieran Banks throughout before losing his place to rivals Knight, Meara and Lewis in the closing laps, ending in seventh. The second race start was not as good as the first, but Charlie quickly returned to the top ten and settled into seventh place to the end. Two sevenths made for a seventh overall on the weekend.

“In the first race, had a reasonable start, then hung in there for around half a race and then went downhill for some reason. The next race I had a terrible start and just don’t know why I couldn’t get into a rhythm, I just struggled to find a groove, I suppose.”

“Qualifying wasn’t all that, ended seventeenth, so I wasn’t really happy with that. I came out in the first race and nearly got the holeshot, stayed fourth for most of the race, but three guys got me on the last lap and I ended up seventh. It’s one of my best races yet. In the second race I started quite a way back actually but I got back through to seventh and yeah, I’m really pleased with it.”

“We had no Alfie, but that’s due to injury. Scott’s had a much better day, a couple of twelfths and a sixteenth, I’m happy with that, and if we can break the top ten at Foxhill then we’re set for next year. Charlie in the MXY2 rode excellent, so all round, Lanes have had a good day.”