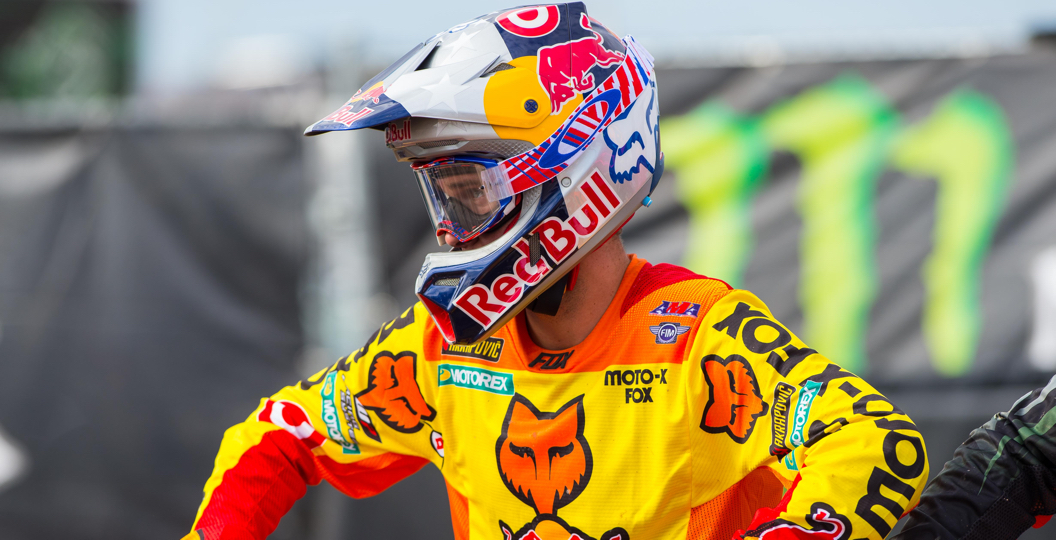 KTM Motorsports was excited to officially kick off the Supercross season at the team launch held in Murrieta, California (USA) yesterday with the Red Bull KTM Factory Racing team, alongside satellite teams BTO Sports and Troy Lee Designs, whom unveiled the 2015 Factory Edition SX machines that have been specifically produced for the Supercross championship.

Red Bull KTM Factory Racing
For 2015 Ryan Dungey will once again contest the KTM 450 SX-F Factory Edition under the watchful eye of Red Bull KTM Factory Racing Team Manager Roger De Coster, together with his new teammate Dean Wilson. Dungey was the 2014 runner-up in both the Supercross and Motocross championships, while Scottish-ace Wilson, whom has enjoyed various successes in the lower-capacity series, steps up to the 450SX class full-time whilst joining the KTM factory team.

In the 250SX division Marvin Musquin, who won the 250 class at the first ever Red Bull Straight Rhythm race in October, will be looking to build on his strong performances at the end of the motocross outdoor season, in which he finished fourth overall after missing the entire 2014 Supercross championship with injury. The Frenchman certainly has his eyes set on the main prize in the East Coast series, and is joined by Justin Hill, who will race the West Coast series and is seen as a big potential for the future after some promising performances this season. Hill took a career-first Supercross win in 2014 and five podium finishes in the Supercross West 250 series, as well as the win at the Las Vegas East/West shootout.

BTO Sports KTM
Also contesting KTM factory machinery once again is the BTO Sports KTM team with the ultra-experienced and ever popular Andrew Short, who is signed up to race another season aboard the BTO Sports bike along with new teammate, second place finisher during his debut event with the team at the Red Bull Straight Rhythm race, Justin Brayton. Both riders will contest KTM 450 SX-F Factory Edition machinery.

Troy Lee Designs
Joining the KTM family for 2015, as announced earlier this year, is the Troy Lee Designs/Lucas Oil/Red Bull/KTM Team, which is now an official KTM 250 SX-F Factory bike entry for Supercross and Motocross. The incredibly experienced Troy Lee Designs team has many years of history in the sport, and has signed up Jessy Nelson, Shane McElrath and Darryn Durham to contest the Supercross series. The team is certainly looking forward to racing in collaboration with KTM and has been busy in the off-season making the switch to orange machinery.

With the new hotly contested indoor series beginning in Anaheim on January 3rd, the Red Bull KTM Factory Racing team and the officially supported teams were also pleased to present the 2015 Factory Edition models, which have been specifically designed with the READY TO RACE mantra in mind for the new Supercross season. The bike has numerous changes over the standard model, both visually and within the set-up of the machine, and a limited number are available to purchase in the USA. The Factory Edition models’ main features revolve around enhanced mass centralisation, overall weight reduction and improved performance with various engine and chassis revisions.

Roger De Coster (Red Bull KTM Factory Racing Team Manager): “It’s been great to present the new Factory Edition bike, which has various revisions over the standard model ready for the Supercross season and so far the feedback from the riders has been really promising. Everybody has worked hard on the development aspect with a lot of input from our team with special attention for SX, as well as from the World Championship team and with the KTM R&D department to create an all-round strong package in both capacities. Within the Red Bull KTM Factory team we have two new riders that have a lot of potential we hope to extract, while Ryan (Dungey) and Marvin (Musquin) are also revitalised for 2015. It’s also great to have Troy Lee onboard with KTM, and we expect for this relationship to evolve over the next few years; they are certainly keeping us busy and this is an exciting prospect for us. We’re also happy to continue our work with BTO Sports, as Andrew (Short) plays a pivotal role in development, and Justin (Brayton) who looks very happy to be back with KTM. It’s going to be a competitive series as usual, but we are looking forward to getting started in the New Year.”