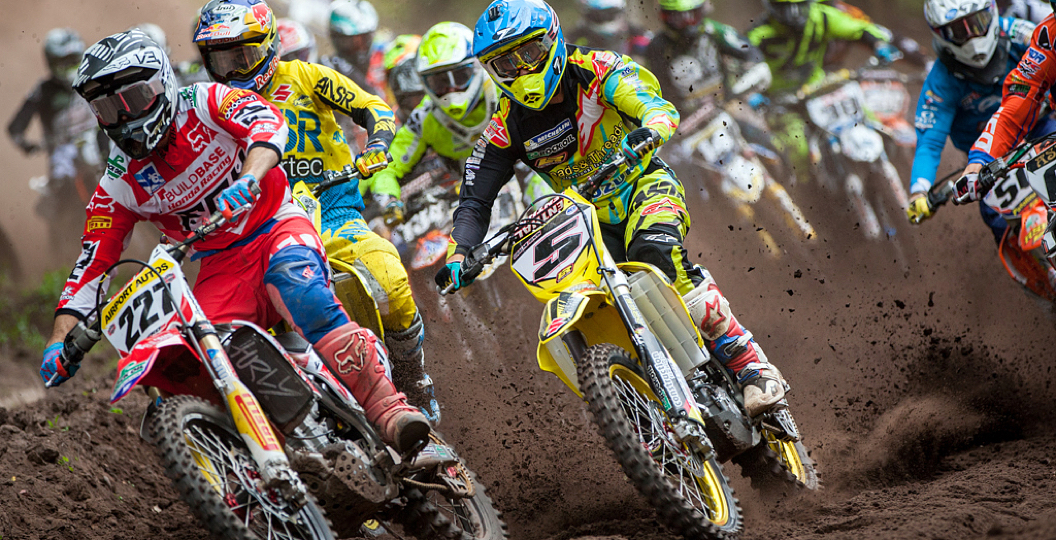 After setting the blistering pace in qualifying, Graeme Irwin of Heads & All Threads Suzuki took his RM-Z450 to a 1-1 victory at Hawkstone Park for round five of the MX Nationals on Sunday the 9th of August. His team mate, Gary Gibson secured a strong ninth in MX2 in his first MX Nationals ride this season.

After setting a qualifying time some 3.7 seconds quicker than the rest of the field, Irwin gated in second behind series leader Kristian Whatley, but he made short work of getting to the front and dominated both races until the chequered flag, closing the gap in the championship to just seven points with one round to go.

“I knew in qualifying that I had the speed and I knew I had the races under control. I rode a steady pace in the first trying to conserve energy for the second because I knew it would be tough, but I had enough in the tank in both races to put the hammer down when I needed to.  It was just a perfect day and everything worked really well. A big thanks to everyone for sticking by me. It’s been a long year and a long time since I’ve gone 1-1.” — Graeme Irwin, MX1 #5

Gibson took fifteenth gate pick in his first ride in the MX Nationals. He suffered with a bad start in the first race, but as the laps ticked down he made good progress and crossed the line in eleventh. A better start in race two saw him in the mix, but being run off of the track on lap two saw him drop to the back. He pushed on and came through the field to claim a hard earned ninth.

“I was quite pleased with the results it’s just my starts that let me down, but it’s all coming together now. My fitness is a lot better and I felt strong for the full 30 minutes in both races.  I’m over the moon with the weekend generally, it’s good to see progress every week and I’m still getting faster and stronger so there’s more to come.” — Gary Gibson, MX2 #4

“A great weekend. Graeme was exactly where I expected him to be. The way he’s been practising you could just tell he’s on form at the minute, and everything is in the right place for him at the moment. Gary made a drastic improvement at the weekend. We need to get him more effective out of the gate, but his fitness and strength is getting better and better.”  — Neil Prince, Team Manager