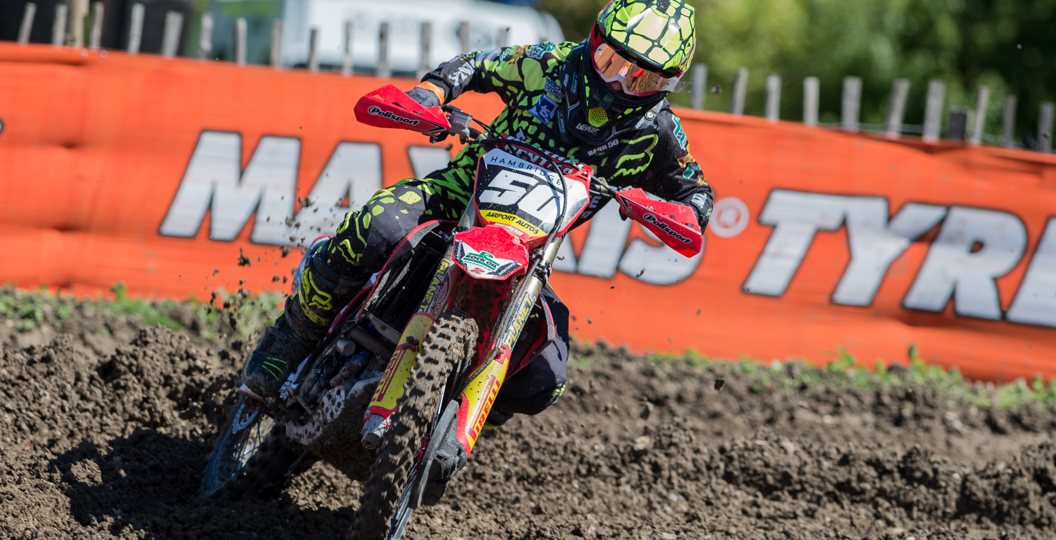 The final round of the Maxxis British Championship was a fairly uneventful affair, but a monstrous crash that Martin Barr had in the first MX2 moto dominated conversations at the historic venue. A red flag was thrown, because of that incident, but Barr later confirmed that no severe injuries were sustained.

“Big thank you to everyone for all the messages and phone calls on asking how I am,” he wrote on social media. “Prob [sic] the biggest crash I’ve ever had, but happy to walk away with no broken bones. Just very sore! Thanks again, Barty #50.“

Although no points were scored on Sunday, Martin Barr still secured second in the final standings. Nine points separated Barr from Harri Kullas in third, but he was fifty-three points adrift of the eventual winner.