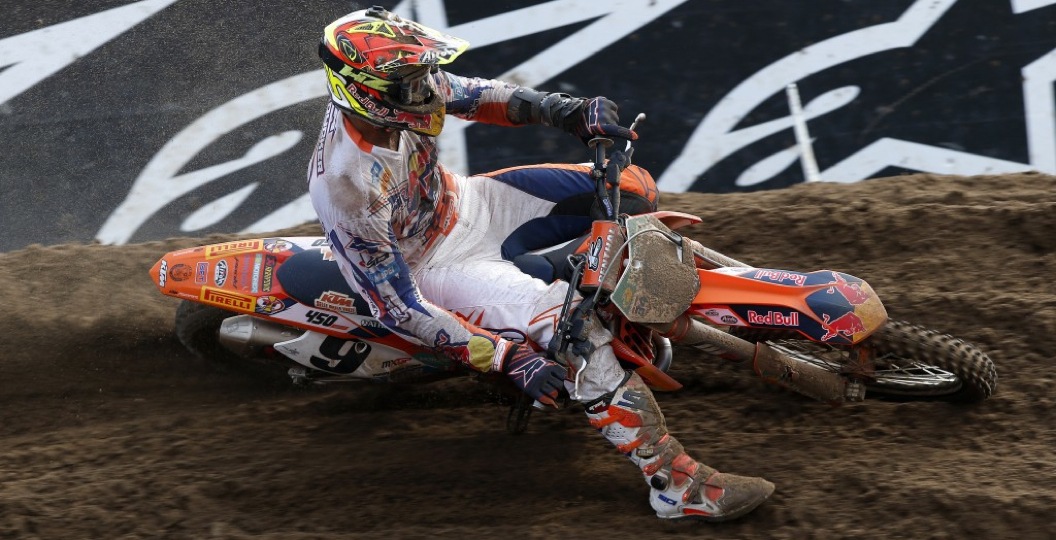 Ken De Dycker has undergone surgery to remove a plate that had been inserted in his left wrist, following an accident on the track at Lommel on December 21.

De Dycker had received confirmation during recent medical checks that the plate, located near some nerve endings, restricted his ability to ride in the best way, especially on hard surfaces, where the vibrations and micro jolts it produced caused the joint to become inflamed.

The Belgian rider and Italy’s Antonio Cairoli together contest the MXGP World Championship for the Red Bull KTM Factory Racing Team under the management of Claudio de Carli.

Ken, riding his KTM 450 SX-F, was back on the podium at the last GP of Lommel behind his teammate Cairoli, giving the Red Bull KTM Factory Racing Team a splendid double in the MXGP class.

Dr. Toon Claes operated on Ken last Friday in Herentals (Belgium). The surgery was a complete success. Ken’s stitches will be removed in a week’s time and he will have a further medical check-up in four weeks.

De Dycker’s 2014 season is now considered over and he will not compete in the final two rounds of the World MXGP. The goal for the Belgian champion is to return to 100% health and condition for next season. He will begin rehabilitation at the Red Bull Diagnostic & Training Center in Thalgau, Austria in late August.