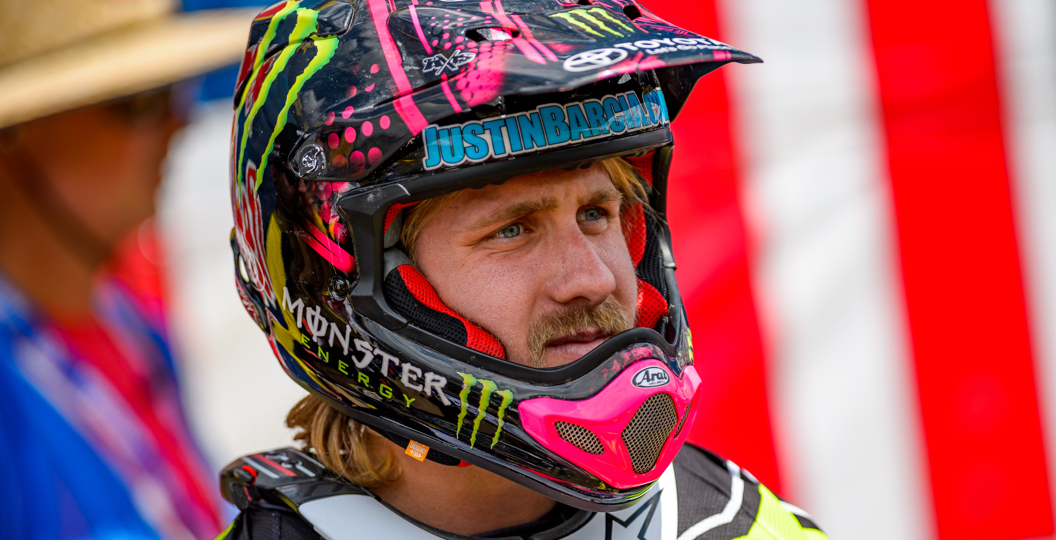 Onlookers were very concerned about Justin Barcia at Washougal, as he crashed hard in practice and caused the session to be red-flagged. Barcia was then put on a stretcher and taken to hospital for further evaluation. Good news has emerged, however, as he has now become active on social media and confirmed that he is okay.

“Want to give a huge thank you to the @alpinestars medical crew and my team @jgrmx as well as my fiancée @amberrosemaloney for taking care of me after I had a nasty nasty crash in practice,” he wrote. “Glad I came out okay, thanks to all my fans for the support see you soon.” Barcia later wrote, “Body’s feeling like I got hit by a train yesterday.”

Thanks to the weekend off that the Lucas Oil Pro Motocross series will now encounter, it seems that Barcia will be ready to compete at the next round at Unadilla. He must also be in the running for a spot on the Motocross of Nations team, one would think, but that will also be revealed at the next round.