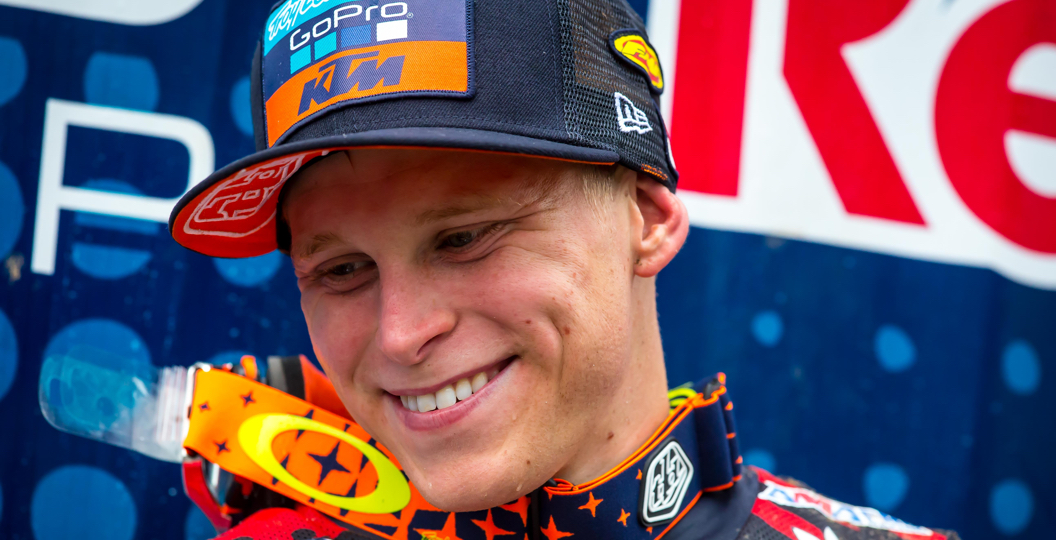 Alex Martin was poised to challenge for the runner-up position in the 250MX division in Lucas Oil Pro Motocross, but an injury that was sustained following the eighth round has ended his season prematurely. Martin, who has won a single moto this year, confirmed earlier today that he would not make it back for the final two rounds of the series.

“Unfortunately I will have to miss the last two rounds of @ProMotocross, as my shoulder has not healed enough to go racing. Can’t thank the team and everyone enough for the support this season,” he wrote on social media. Martin’s indoor campaign was also plagued by injury, unfortunately, as he missed the second half of the 250SX East series and finally finished twelfth in the standings.