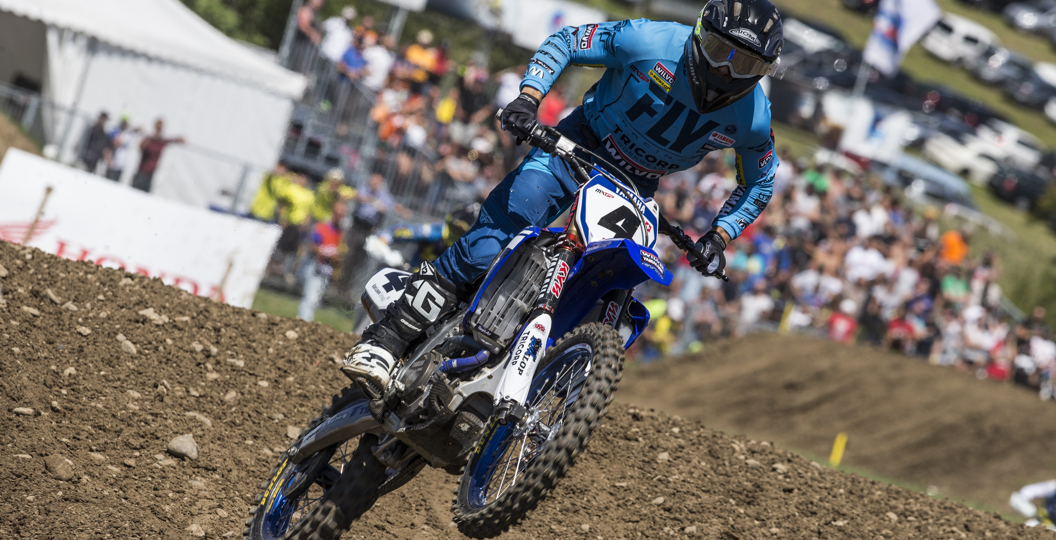 The FIM Motocross World Championship is winding down, unfortunately, which means that certain guys will not be able to return from injury by the end of the season. There are some riders who are shooting for that though, as you’ll see in our feature below. Shaun Simpson has even made it back in time for the MXGP of Sweden!

In for the MXGP of Sweden.

Shaun Simpson: Shaun Simpson is in desperate need of some luck, much like a majority of the riders on this list. Simpson will return to racing this weekend, for the second time this season, but does not expect to set the world alight immediately.

Out for the MXGP of Sweden.

Arnaud Tonus: There was some confusion regarding the injury that Arnaud Tonus sustained at the Swiss Grand Prix. First it was reported that he had broken his collarbone, then we spoke exclusively to Louis Vosters (the team manager at Wilvo Yamaha MXGP) and he confirmed that it was a broken sternum. Tonus, finally, took to social media to confirm that he has broken a rib. Did you manage to follow all of that?

Bas Vaessen: Bas Vaessen has had some horrid luck this season. A black cloud has certainly been following the Suzuki World MX2 rider and, unfortunately, it struck again at Lommel. A collarbone injury was sustained in the first moto that will sideline him for the foreseeable. Zachary Pichon has stepped up to the MX2 division in his place this weekend.

Jordi Tixier: When will Jordi Tixier overcome this streak of bad luck? Whilst training for Lommel, Tixier landed on an abandoned machine and broke a rib. The Frenchman has started riding again and is expected to return at the Monster Energy MXGP of the USA.

Petar Petrov: Petar Petrov will miss the rest of the FIM Motocross World Championship, as he sustained a shoulder injury at Ottobiano. ‘152’ was informed last week that he can begin rehabilitation. Petrov will be forced to enter the MXGP class next year, because of the age-restriction rule, so his time on a 250F is now complete.

Vsevolod Brylyakov: Vsevolod Brylyakov has elected to take his time with the paralyzed shoulder muscle that he sustained in The Netherlands. A timeline has not been placed on his recovery, but he had an additional surgery just over a week ago. Returning this year is not on the cards.