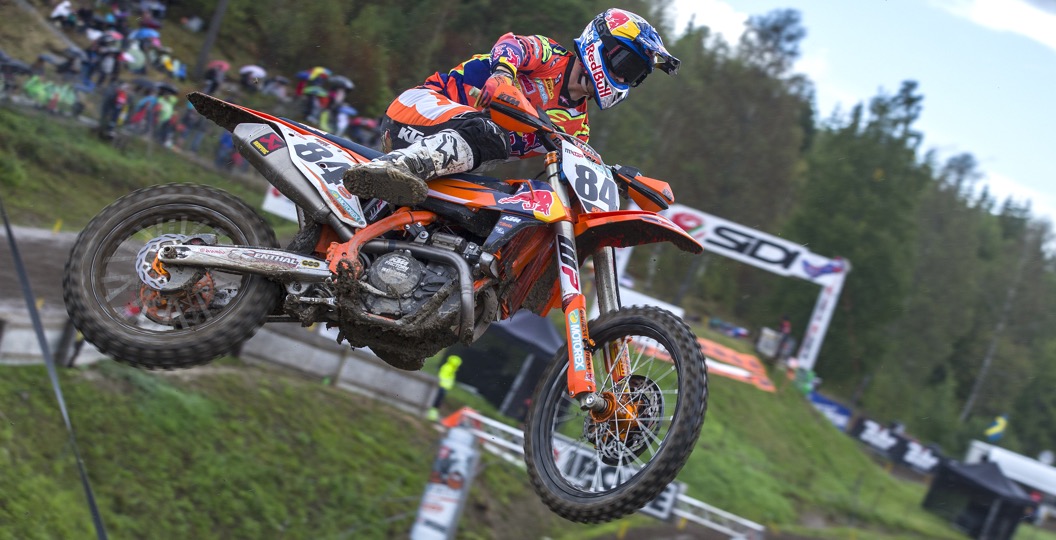 Jeffrey Herlings, who is undoubtedly an iconic figure within the sport, has sparked intrigue once more. ’84’ was on track to achieve success at the Grand Prix of Sweden, but a chain issue robbed him of what could have been yet another overall victory and vital points in the title chase. It was quite clear how much those things, which he gave up, meant to him, as he trudged back to the Red Bull KTM awning in a dejected fashion.

That is not the biggest news, however, as he took to social media with a mysterious message on Sunday evening. “What’s up guys,” he said in an Instagram story. “Today we were a little bit unfortunate. We wanted to go for three overall wins in a row, but it didn’t happen. Obviously I have some very interesting news coming, most likely, but it is not one hundred percent sure yet. If it will happen, many motocross fans will like it.“

What could that news be? It is already well known that Herlings, who is a valuable member of the KTM family, will be heading to the United States tomorrow to ride at Aldon Baker’s facility in the days prior to the Monster Energy MXGP of the USA. This has caused certain fans to presume that, seeing as he’ll already be in the country, he will contest the final round of the Lucas Oil Pro Motocross series in Indiana this weekend.

That is certainly realistic; Herlings has explained his desire to contest a one-off race in that series in the past. Injuries and title fights have stopped that from happening in recent years, but this may be the perfect opportunity. This rumour obviously has not developed much, as even Herlings stated that it has not been confirmed, and there were no whispers of it in the Grand Prix paddock over the weekend. Certain actions that we witnessed did speak volumes though.

We have attempted to reach out to various members at Red Bull KTM, so will provide more information as soon as it is received.