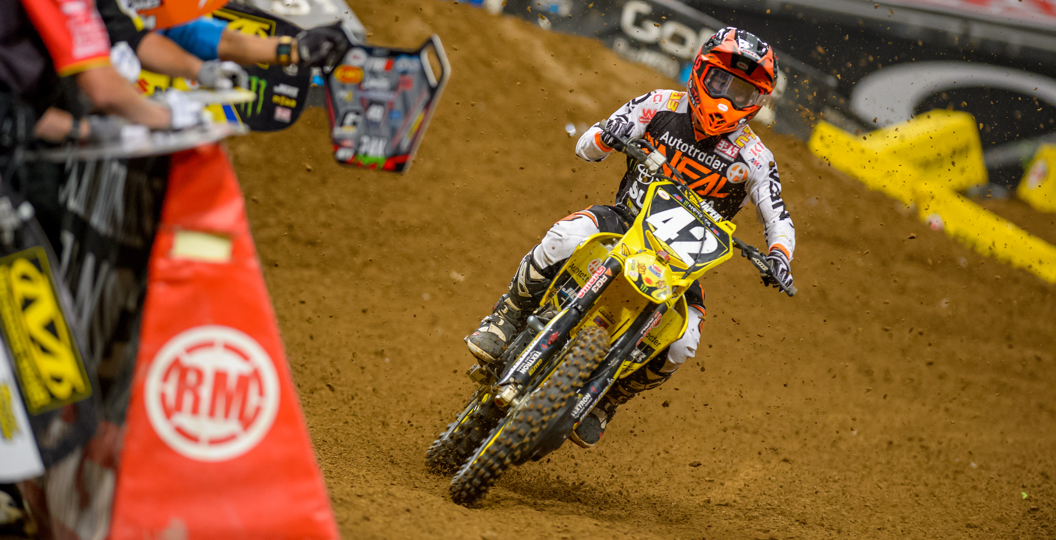 A new team will tackle the Monster Energy Supercross series this year, as H.E.P Motorsports will charge into Angel Stadium. Dustin Pipes, Kyle Cunningham and Henry Miller will represent the team in the 450SX division. Tallon Lafountaine will race in 250SX West. All four riders are a part of RM Army, as the team will have support from Suzuki.

“Although we are a new team, we are in no way new to the sport of Supercross.” stated team co-owner Dustin Pipes in a press release. “Billy Ezernack is our primary team owner, supporter, and successful farmer in the California central valley who partnered with former motocross champion George Holland and myself to form the core of a well-organised team.“

“The H.E.P. group has been on the gas this off-season putting the new RM-Z450 through its paces preparing for Anaheim One,” said Suzuki’s Chris Wheeler. “It’s great to see a new team in the paddock and we are thrilled to have them as part of the RM Army.“

The team have run into a small hiccup, however, as Henry Miller crashed hard in pre-season testing. The former privateer sustained a dislocated hip, fractured hip socket and three broken vertebrae. There is no timeline on his recovered. The other three riders will be on the starting line at Anaheim 1.