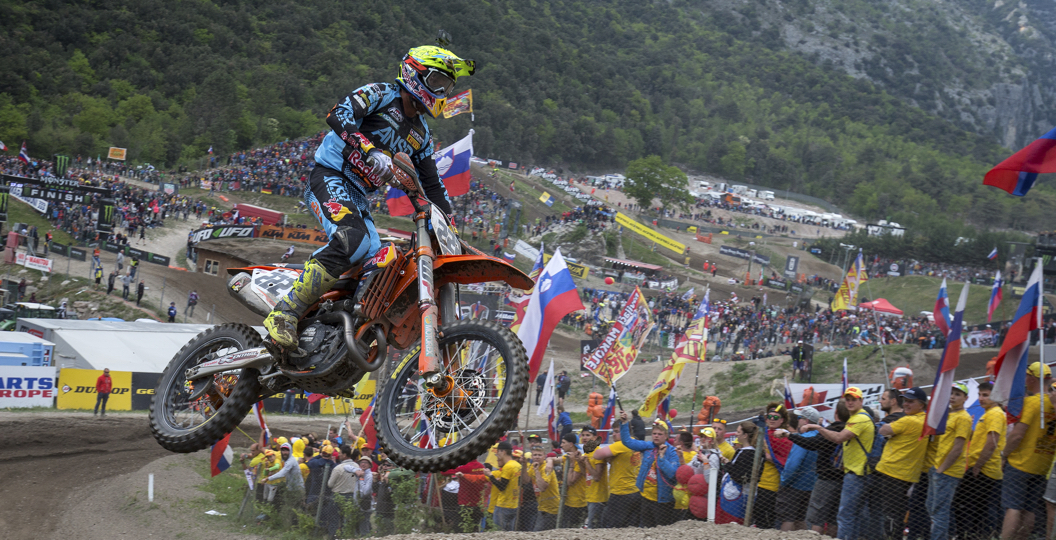 Do we really need to say too much about how Antonio Cairoli performed at the Grand Prix of Trentino? Ride along with the eight-time champion during that action-packed second moto.

Evgeny Bobryshev went against the odds in the second MXGP moto. ‘777’ injured his leg on the Saturday, but still managed to chase his teammate for a majority of the final race.