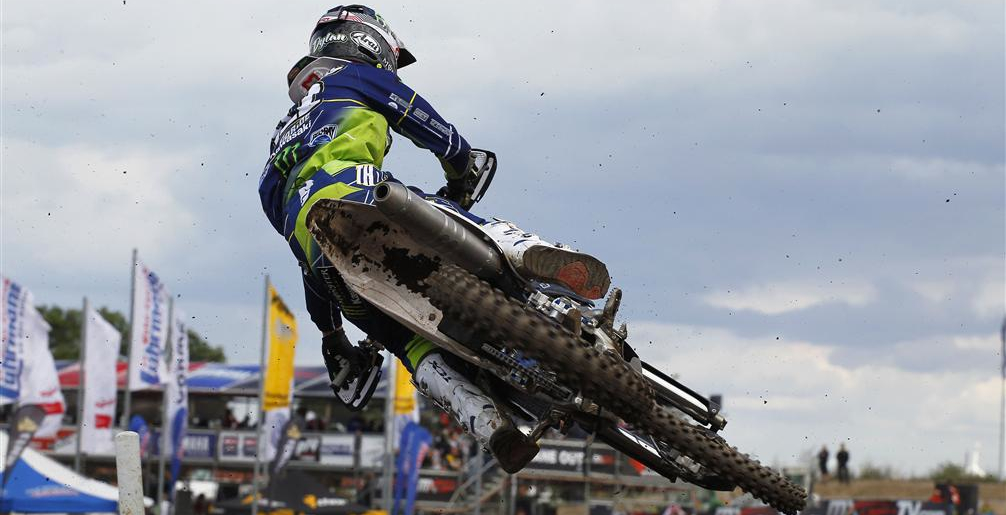 Dylan Ferrandis raced to a third place moto finish and sixth overall for Team CLS Kawasaki Monster Energy in the German round of the FIM World MX2 Motocross Championship at Teutschenthal.

The French teenager showed podium speed all weekend. He was second fastest in both practices and third in the qualification race and again in the opening GP moto after advancing up the leaderboard during the early laps of the race. Sadly his hopes of a podium finish in the GP were spoilt when another rider hit his front wheel at the first corner of race two and he was forced to fight his way through the pack; despite three crashes he had advanced to twelfth place at the chequered flag to earn sixth place in the GP and maintain his fifth place in the championship standings.

Arnaud Tonus, running second in the series points standings at the start of the weekend, was unfortunately not able to race after a crash during the first practice. The Swiss star lost control approaching a step-up jump and landed hard on his left side, dislocating his shoulder. The joint was put quickly back into place but Arnaud was in such pain that the medical staff decided to sedate him for several hours before he returned home with his family. The injury is not expected to prevent him contesting the next GP in Sweden in two week’s time.

Thomas Covington was also a non-starter on race day; the American teenager damaged a bone in his foot in Italy last week and it became apparent after qualification that it would be unwise to try to race.

Tommy Searle, the team’s rider in the MXGP world series, started the weekend in fine style with the fastest lap time in the opening practice but, after missing much of the first half of the season, rider and team are still working to find the best set-up for the ever-important starts and the Englishman had to force his way through the pack each time for a brace of top eight finishes.

Dylan Ferrandis: “I had a good speed all weekend, posted the second best time in both practice sessions and earnt third choice of start gate in the qualification race. My start was not so good in the first GP moto but I came back to third place at the finish, which was pretty good. My second start could also have been better and in the first corner another rider hit my front wheel and I nearly crashed. I was maybe thirtieth and had to put all my energy into passing my rivals, but on this track it’s never easy and in fact I crashed three times during the race. I finished twelfth and am disappointed by this result.”

Tommy Searle: “I felt good coming to this weekend but I had a couple of bad starts here. In the first race I didn’t ride very well; I rode much better in the second one but when you’re nearly last in the first corner it’s tough. I recovered to seventh, but then I crashed and had to fight back again from twelfth to eighth; the riding was good but the results didn’t show it. I managed to make passes on this track, just the crash cost me places. I felt that a lot of positive things came out of this weekend but I have to work on the starts; it will make my race much easier with better starts. I will race the British championship next weekend; there are three races there so that will be a good training.”