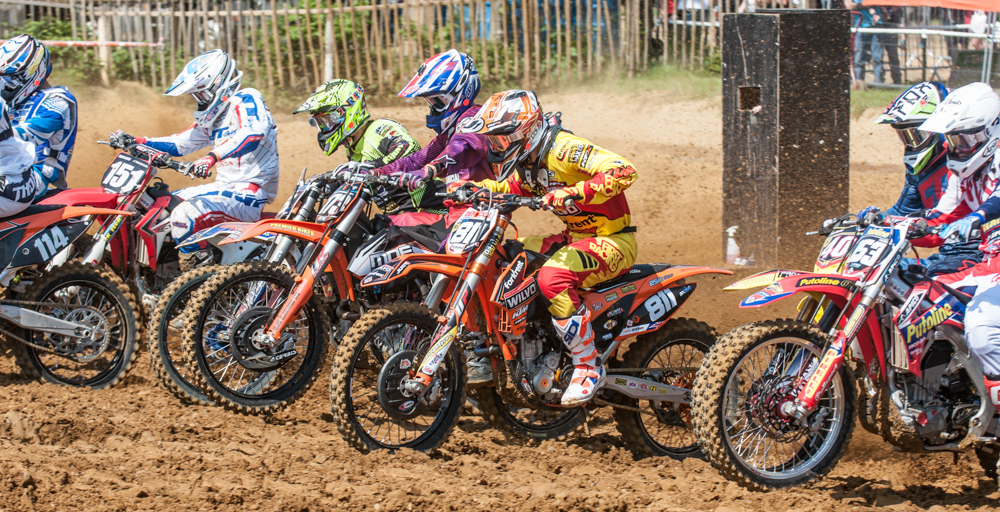 It was announced just a couple of hours ago that the seventh round of the 2014 Maxxis British Championship (originally scheduled to be held at Drumclog in Scotland) will be run at Cusses Gorse near Salisbury. Many are offering up their thoughts on this, so we decided to do the same.

Lewis Phillips: Well, I’m shocked. If someone had told me at the beginning of the year that we would be going to Cusses Gorse for a round of the Maxxis British Championship, I would have laughed, it just seems ludicrous. Now, I probably need to clarify: It’s not that Cusses Gorse is a bad track, far from it. In fact, I have ridden there countless times – I love the place! But, I just don’t know if it is ready for a round of our premier domestic series. The jump laden track is certainly suited to a high calibre rider; I just don’t know if there are enough passing opportunities out there.

Admittedly, there are some spots that could lend itself to passing, like the big triples. If a rider falters and has to double, it will open up an opportunity to pass, but other than that, it seems like it will be fairly one-lined. There are some corners that are extremely tight – it’s harder enough for your average rider to get a 450F around there! But, with six weeks to go, I’m sure sections like that will be opened up as much as possible, and some small changes will be made.

However, time certainly is not on their side, so minor changes are more than likely the only ones that they will be able to make. Although, depending on the team that they have (it actually sounds like Justin Barclay is behind it, which is advantageous, of course), they could maybe make some changes that would have a big effect. Either way, some alterations will have to be made, and I’m sure the ACU outlined this when striking up a deal. But, even with some changes, it still seems a little bizarre to me.

It does seem that ACU Events’ hands were tied, as they mentioned in the PR that “However, due to many factors – mostly connected to parking issues with farmers not being able to guarantee the harvest to have taken place, the choice of a suitable venue for the high profile nature of the championship was limited, so with Cusses Gorse all round viewing and ready to race circuit it became an obvious ideal venue.” Reading between the lines, it seems they simply ran out of options, which I don’t find too surprising, considering the lack of time left.

Of course, the real losers in all of this are the Scottish fans. Many people predicted that they would replace it with another Northern venue, in order to please the teams, riders and spectators that are based at the top of the country. But, again, it just seems that there wasn’t a suitable option; there are many boxes that a track must tick in order to host such a high profile event.

Whether Cusses Gorse will become a staple on the Maxxis British Championship calendar following this year remains to be seen, although I doubt it – it seems like it’s just there to help the series get out of a sticky situation. This round could actually be a pivotal one for the series, as the nature of the circuit could allow for some surprise results, as starts will be crucial, and the track will suit the more modern rider.