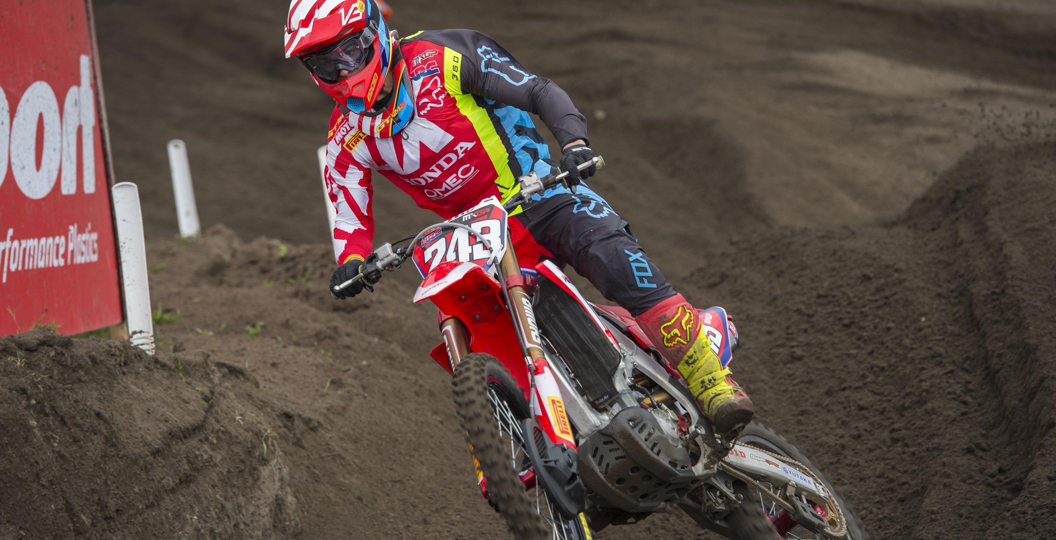 Who is the favourite heading into the Grand Prix of Latvia? That is difficult to answer, as three riders have reason to believe that they possess that title. Shall we begin with Gautier Paulin? Paulin, the most-recent victor and man who was on just ninety-two Fox MX Manager teams prior to Valkenswaard, has enjoyed some success on the sandy Latvian soil. Who can forget the Motocross of Nations in 2014?

Will Paulin register a ride similar to that at round seven of the FIM Motocross World Championship? It seems that all of the necessary ingredients are present. The biggest problem here is that if either Tim Gajser or Antonio Cairoli are on, they will be extremely difficult to beat. Gajser has had a pair of difficult rounds and recently admitted that he dislikes the sand, but this place has a hard base. It is not the type of sand that you would associate with The Netherlands or Belgium. Let’s not forget that ‘243’ defied all odds last year too, when he rebounded from a hard fall to stand atop the podium.

Some of the hype that surrounded Antonio Cairoli following the Grand Prix of Trentino diminished at Valkenswaard, because of that mediocre ninth in the first moto. Vision issues hurt him considerably in that stint, however, then he came out and was dominant in the moto that followed. Cairoli is ‘the guy’ at the moment, despite the fact that he has gained just six points in the last month. ‘222’ is priced at exactly the same amount as Gajser so, at this point, perhaps he is the best pick?

We ran some statistics following Valkenswaard, in order to generate the highest-scoring team possible. KTM, Red Bull KTM, Gautier Paulin, Filip Bengtsson, Hunter Lawrence and Lars Van Berkel were featured on that. This supports the fact that the game is won with some of the lesser riders. Filip Bengtsson (at €100,000) would be a great pick this weekend. It was just two and a half years ago that Bengtsson finished sixth in a moto at the Motocross of Nations at Kegums!

The seventh round of Fox MX Manager could be the most competitive, as Max Anstie and Jordi Tixier will return. Those two are still on three hundred and fifty of the active teams. All of those players will now become contenders again, so do not be surprised if it is much harder to win one of brilliant prizes. It is also worth noting that Bas Vaessen will be back on track in the MX2 division.

Rather than continue to go into a considerable amount of detail, here is a quick look at some riders who are great picks and those who are not.

Anton Gole: Whenever we look at successful Fox MX Manager teams, Anton Gole seems to be involved. Gole (€50,000) has garnered thirty-eight points this season. That may not seem like too many points, but that number is drastically changing the results each week. It would be wise to invest some money in the Swedish pilot, if you have some budget left over. I do have a concern, however, as he scored no points at Valkenswaard and just two at Neuquen. Does this mean that he is not as strong on a softer surface?

Arnaud Tonus: Arnaud Tonus is a risky pick, as he has been inconsistent thus far. A handful of crashes cost him dearly at Valkenswaard, for instance, and he could only salvage a fourteenth and a ninth in the two motos. The speed is prevalent though. The Wilvo Yamaha MXGP star is undoubtedly capable of standing on the podium each week, no matter the surface, but he just needs to escape this black cloud that seems to be following him.

Vsevolod Brylyakov: Vsevolod Brylyakov should not be in this column, as his speed has been incredible each week. ‘18’ crashed hard at Valkenswaard, however, and is now questionable for the Grand Prix of Latvia. Some damage to his axillary nerve was sustained, so even if he rides it is unlikely that he’ll be at his best. It may be wise to avoid him this week, with that in mind, but you can expect him to be back up front at Teutschenthal. Perhaps you should just keep him on your team this week, instead of drastically changing your strategy? That is for you to decide.

Valentin Guillod: When will we see what Valentin Guillod is truly capable of? That remains to be seen, so you should remove him from your Fox MX Manager team. Thirty-five players currently use him and are giving up a considerable amount of points each week. Guillod (€350,000) is more expensive than Max Anstie, Tonus, Shaun Simpson and Jordi Tixier. All four of those riders are much better picks at this point and, hey, you could use the €50,000 that would be left over to sign Anton Gole in MX2!