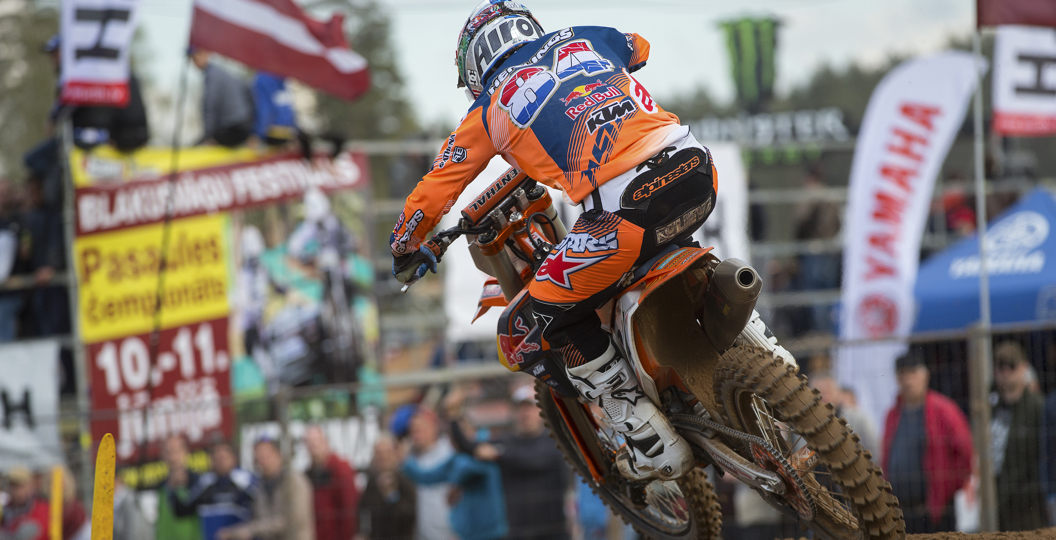 The FIM Motocross World Championship continues to become more perplexing for the average fan, as a pair of new winners emerged at the previous fixture. Life continues to get harder for those of you playing Fox MX Manager, because of that, but there are some huge points to be won.

You could argue that there has been a clear favourite entering the first seven rounds of MXGP, but that is certainly not the case this time around. Jeffrey Herlings won the previous round, so could now emerge as a consistent contender, but he still needs to show something on a hard-pack circuit such as Teutschenthal. Herlings is currently on one hundred and thirty-two teams, which is less than Antonio Cairoli and Tim Gajser. It is going to be most interesting to see how those numbers fluctuate.

Gajser has confirmed that he is going to line up, but he is still quite sore and will undoubtedly not be at his best. If you already have a large sum of money invested in the reigning champion, then it may be worth sticking with him. I anticipate that he’ll be able to muster up a top-five finish at least. Antonio Cairoli has performed well in Germany in the past, of course, but has struggled to string two impressive finishes together this season. ‘222’ is certainly not guaranteed a victory this weekend, because of the misfortune that his title rival has encountered.

Are you one of the five hundred and fifty-five players who have invested €600,000 in a heavyweight? If so, Cairoli is probably the safest bet out of the four guys in that price range. Backing Gajser or Herlings is understandable, admittedly, but just steer clear of Febvre. Of all the riders in the FIM Motocross World Championship, Febvre is currently the worst value for money.

Max Anstie is currently the most-picked rider on Fox MX Manager, but Arnaud Tonus is hot on his heels. The former is on just nine more teams. Seeing as Tonus hit the ground hard at the previous round, Kegums, I am reluctant to say that he would be a better pick than Anstie. The characteristics of Teutschenthal, which resemble Pietramurata in some ways, should suit him though. I currently have Tonus on my Fox MX Manager team and will be switching to Anstie, so take that for what it is worth.

Whilst perusing the Fox MX Manager data, there is one fact that jumps off the page. Evgeny Bobryshev is on just sixty-three teams. Bobryshev will be in the top five more often than not, at the very least, so there is some great value there. Heck, he won at this very track in 2011! Picking the Russian could potentially be a brilliant move.

What about the MX2 class? We will opt for a more basic structure for the 250F guys, so here is a simple look at who is a great pick and whom you should stay away from.

Jeremy Seewer: I had to put a lot of thought into this, as my head was telling me that Pauls Jonass is the current favourite in the MX2 class. Jeremy Seewer challenged Jeffrey Herlings at Teutschenthal last year, however, and showed flashes of intensity at the Grand Prix of Latvia. When you factor in the motivation that he must have, because of the mechanical failure that he suffered at that race, he may be about to claw some points back.

Anton Gole: Anton Gole is a great way to secure some extra points for a low price (€50,000). In fact, Gole has been on the winning team more often than not this season! You may not have that money spare, of course, but Gole is a wise investment if you do. Gole secured a pair of fourteenths at the Grand Prix of Trentino, so should be poised to crack the top fifteen again on a similar surface this weekend.

Benoit Paturel: Benoit Paturel is an enigma. Paturel started the season with great starts and a pair of runner-up finishes, but has been mediocre at best since then. Paturel (at €550,000) would have to finish on the podium to provide some value for money and, well, that is just unlikely at this point. Paturel is only on twelve teams now.

Jay Wilson: Jay Wilson is still on seventy-seven Fox MX Manager teams, but he is not even racing the series anymore! Wilson withdrew prior to the Grand Prix of Latvia, so you need to get rid. You can sign up Anton Gole with the money that you save by ditching Wilson!