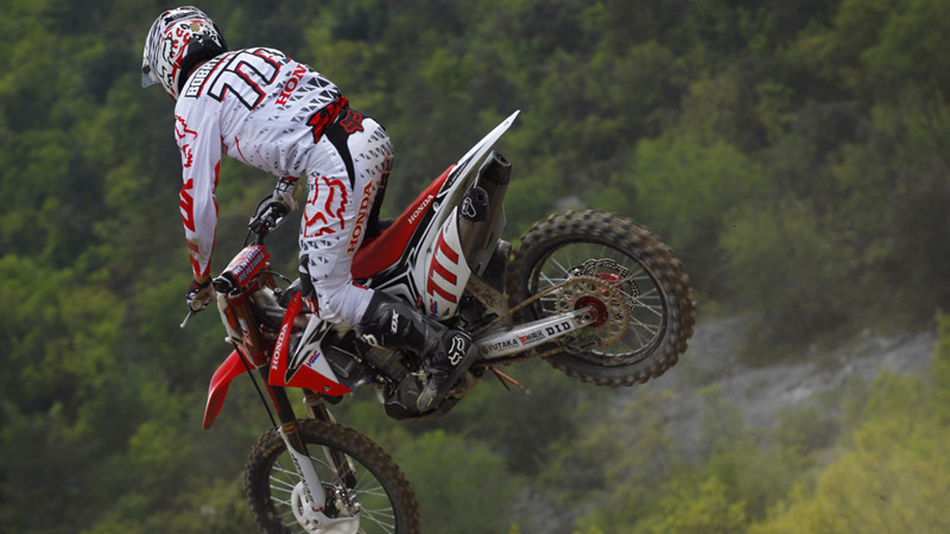 During his crash in the second race of the MXGP of Trentino, Evgeny Bobryshev was hit from behind whilst on the floor and received a large impact to his lower back. After an initial check-up at the track’s medical centre, he was taken to hospital for further routine checks, but these have now revealed that there is no serious injury.

Demonstrating just how tough he is, Bobby has every intention of returning to action this weekend at the MXGP of Bulgaria.

Evgeny Bobryshev, No.777: “I’m back at home now and my back is still very stiff but otherwise I’m ok. I lost traction coming out the corner and crashed, and as I jumped up a little bit to get back up Jeremy [van Horebeek] touched me with his rear wheel. I watched the video and he couldn’t do anything as he was just a few metres behind me.

I felt lots of pain when it happened and couldn’t breathe for a bit. I tried to get back on the bike but I couldn’t sit on it properly with the pain. I went to the medical centre and then the hospital and they checked me over but all the bones are in one piece. I have some bad scratches on my back though from the tyre.

Now I need to take the next few days off, but I fell today a bit better already. I should be fine for Bulgaria, and I hope to be on the bike training again later this week.”