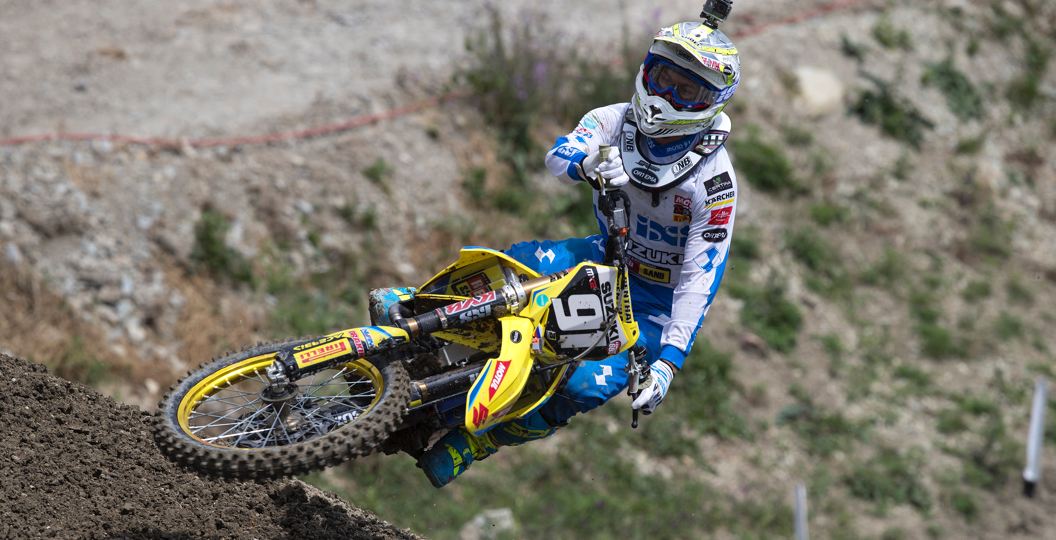 There are many layers to the MX2 class in the FIM Motocross World Championship. Countless stories have emerged at each round, because of that, hence why we felt that the halfway mark provided a good platform to reflect on what has transpired through the first ten rounds.

1st Pauls Jonass (414 points): Pauls Jonass has really been a revelation thus far. Raw speed has always been his strength, but he has never been able to pair that with consistency and reel off multiple trips to the podium in succession. That has not been a problem this year and I honestly believe that his work with Marc de Reuver has a lot to do with it. Every piece of the puzzle is now in place, quite simply, and the fact that he rarely starts outside of the top three allows him to execute all that he has learnt in a calm and calculated manner.

Jonass, who has held the red plate since the MXGP of Trentino, really has not been in the FIM Motocross World Championship for too long, but a highlight reel of his spectacular crashes has already gone viral. Those have been eliminated this year as well as the small falls in turns and what not. Everything that he has built up could have fallen apart in Russia, as he qualified seventeenth and then had to overcome that poor pick in horrendous conditions, but even that could not stop him! Sand races will become more frequent in the coming months too, so that will only strengthen his campaign.

2nd Jeremy Seewer (369 points): It is easy to forget that Jeremy Seewer encountered a mechanical failure in the second moto at the MXGP of Latvia and consequently lost twenty-five points to his title rival. Would we view this title fight in a different light, had that not happened? Perhaps. I would still question whether Seewer would be able to overcome the gap to the top spot though.

‘91’ is a consistent threat for podiums, just as he was twelve months ago, but that is just not enough when Jonass is so impeccable. Winning races is a necessity and he has only managed that four times in twenty starts. What will it take for him to chip away at the current deficit, which sits at forty-five points? I honestly think that he is going to need some help – doing that straight up seems most unlikely.

3rd Thomas Kjer Olsen (317 points): Thomas Kjer Olsen has made a considerable amount of progress in the last four months, which leaves me to ponder where he’ll be if he continues on this upward trend. ‘19’ has already addressed the small mistakes that plagued him at the beginning of the season and found a way to avoid them, so it seems likely that’ll he’ll be able to secure this spot. Dropping to fifth may be the worst-case scenario, unless disaster strikes, but even that would be a brilliant first term in MX2!

4th Julien Lieber (308 points): A lot of hype surrounded Julien Lieber earlier this year, but that has diminished somewhat now. Lieber is still in the mix though and could easily finish in the top three. A tweaked knee in Valkenswaard knocked him sideways, so who knows if there is some kind of underlying injury there, but his results are still noteworthy. The fact that he does not have a full-factory engine should not be overlooked when discussing his results either. When you make that point and then consider that he did not race at all last year, being fourth in the points is quite remarkable.

‘33’ would undoubtedly like to stand atop the podium before the end of the season, as he’ll have to vacate his 250F at that point and look to his first term in the premier division. That achievement seems to be drifting further away at this point though. The LRT KTM squad may actually exist for years to come, with that in mind, as it is hard to think of a 450F team that he could move to.

5th Benoit Paturel (294 points): Benoit Paturel appears to be fixed now, but he still may be the greatest disappointment. I cannot help but wonder if we expected too much from him though. After all, he only ended in the top three in six motos last year. ‘6’ has already had eight of those finishes this season, so has stepped it up, but you would just expect more of a jump at this point. Considering the struggles and lack of confidence that he has faced through ten rounds, being just twenty-three points out of third place is okay. It would be a stretch to claim that this is what he wanted though.

6th Jorge Prado Garcia (230 points): Jorge Prado made quite the splash through the first six rounds, but has been rather quiet since then. The results have been respectable, as he has spent a majority of his time on the cusp of the top five, so he has actually climbed three spots in four rounds. That is exactly what you want to see from such an exuberant rider, as mastering the art of consistency now will pay dividends when he makes a run at the title next year. Everything that we have seen from ‘61’ indicates that there are great things on the horizon. Speaking of his future, he is locked in for another season in Europe.

7th Thomas Covington (225 points): Thomas Covington said it best when I spoke to him at the MXGP of France – inconsistent starts are the problem. The speed is there now, no matter the conditions, so once he masters the starts he too will be a consistent contender for podiums. His speed at Teutschenthal still sticks out in my mind as one of the most memorable moments from the first half of the season – he was that good. The more than he can get in the mix, the better.

8th Hunter Lawrence (199 points): I am extremely excited to see where Hunter Lawrence goes from here – he is certainly riding better than this position may indicate! An inconsistent start to the season, which was to be expected, has restricted him somewhat in the points, but I honestly believe that he is on the verge of a Grand Prix victory. The speed that leads me to think that was prevalent in Germany, France and Russia. The move that Suzuki made to pick up the Lawrence brothers was simply brilliant.

9th Brian Bogers (184 points): Was it wrong of us to expect more? No, not at all. Bogers has actually performed worse than he did last year. The podium at the Russian Grand Prix acted as a much-needed boost, just as you would expect, but a single podium in ten rounds is certainly not what anyone expected. If you look through all of the series that Bogers has competed in recently, he typically ends much stronger than what he starts. Perhaps he’ll be more of a frontrunner from this point on?

10th Brent Van Doninck (174 points): This ranking offers a skewed view of how Brent Van Doninck has fared, as he has not scored any points at the last two rounds. Van Doninck only scored fifteen points across rounds seven and eight too! A consistent time was enjoyed before that, as he finished inside of the top seven more often than not, but I feel like he has the potential to do even better. Yamaha will expect that too when he steps into the role of their marquee rider next year.