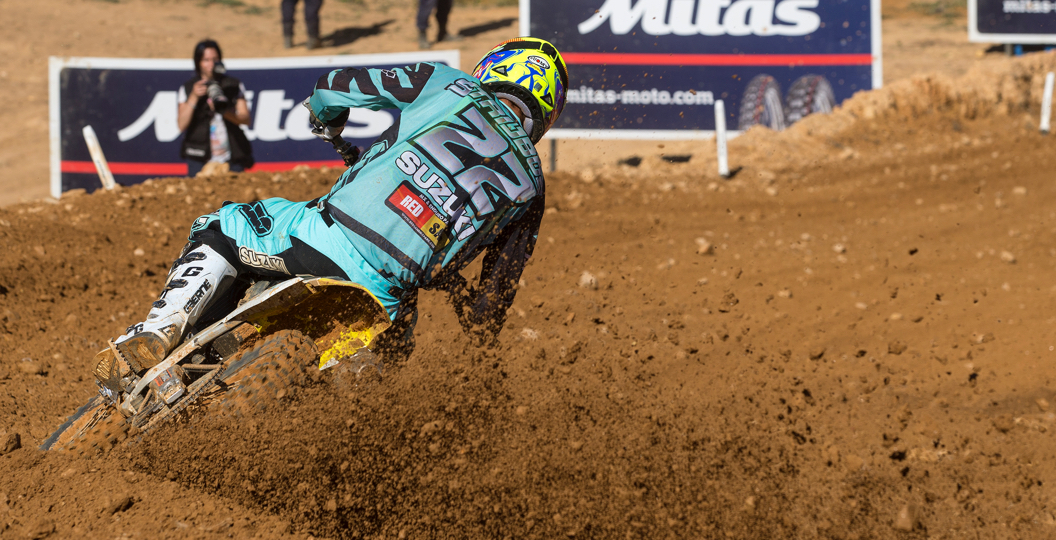 The Grand Prix of the Czech Republic, or Czechia as it is now labelled, has a rich history. The circuit may not be the most spectacular or enjoyable on the FIM Motocross World Championship calendar, but countless memorable moments have unravelled on the hard-pack hillside. Are you struggling to recall what some of those may be? Perhaps this feature will jog your memory.

The history books are really being cracked open now. Kevin Strijbos was an exciting young prospect at this point, which puts the amount of time that has passed into perspective. Strijbos, who rode for the same Suzuki World MXGP outfit that he does now, endured an injury-riddled campaign in 2005, but returned at the Grand Prix of Wallonie and recorded an 11-15 scorecard for fourteenth overall. The Grand Prix of the Czech Republic was run seven days later.

Although Strijbos limped through round twelve, he turned things around at Loket and burst into the limelight. A fourth in the first moto was an improvement, as he had not finished that high up since the final event the year before, but he then blew everyone away with a heroic ride in the second encounter. Strijbos moved past Josh Coppins on lap fifteen of twenty to record his maiden moto win and then stood atop the podium for the first time in his career. It is also worth noting that Christophe Pourcel claimed the first moto win of his career in MX2 on the same day.

Kevin Strijbos swept both motos to win the third event of his career at this edition of the Grand Prix of the Czech Republic. That was not the biggest story, however, as the premier MX1 class was turned upside down on this date. Josh Coppins entered the facility with a lead of one hundred and eight points, but that shrunk significantly at round eleven of fifteen. A stone jammed his rear brake in the first of two motos, so he failed to score points, and then the rear-brake hose suddenly sustained damage in moto two. That occurred on one of the steepest downhills and caused him to crash, which then left him with a crack in the neck of the glenoid of his left shoulder.

Another moment in history was stamped on this trip to Loket. Nicolas Aubin, a promising French talent, broke through to defeat Antonio Cairoli and claim his maiden Grand Prix victory. Aubin rode for the Ricci Yamaha team at the time and had not even finished on the overall podium before. The common consensus was that this win would be the first of many, but that was not the case and he was eventually forced to search for deals in an alternative series.

This is not an iconic moment, but it is worth noting. Jeffrey Herlings has endured countless tough times in Czechia, as you will see in this feature, and this was the first blow. Herlings made his professional debut at the beginning of the 2010 season and claimed two overall victories in the months prior to Loket. A third was obtained in the first encounter, which was his fourteenth moto finish inside of the top three, but then a crash on lap one of the second moto left him with a dislocated shoulder. That injury ended his first season in the FIM Motocross World Championship prematurely.

Antonio Cairoli would not label the old-school layout of Loket as one of his favourites. The Italian achieved a milestone at the venue back in 2012, however, as he swept both motos and romped to the fiftieth overall victory of his career. Cairoli has stood atop the podium thirty-one times since that milestone was surpassed, but none of those wins have occurred on Czech soil. Could a fourth victory at Loket occur this weekend? Perhaps, but he has stated that the championship is on his mind and maintaining a healthy advantage in the series standings is a priority.

Loket has not been kind to Jeffrey Herlings, as mentioned previously, but one of his greatest days occurred at the venue in 2013. ‘84’ dominated that season and won twenty-eight of the thirty motos that he completed. That obviously helped him establish an incredible lead in the series standings and, consequently, he claimed his second world title at round fourteen of seventeen. Herlings had a lead of one hundred and seventy-seven points following the event. This was actually the last time that he completed the Grand Prix of the Czech Republic, believe it or not.

The Czech Grand Prix was memorable for many reasons this year. Jeffrey Herlings broke his femur at a domestic event prior to the event, so did not compete, and the MX2 class was blown wide open. None of the riders on the starting line had won an overall before! Jordi Tixier, who eventually claimed the world title, won his maiden Grand Prix with a 4-1 scorecard. Jeremy Van Horebeek (2-1) claimed his first MXGP win on the same day too! Kevin Strijbos, who achieved that same feat nine years prior, stood alongside him on the podium.

Jeffrey Herlings endured many difficult outings prior to the Grand Prix of the Czech Republic in 2015. Things got much worse at this event, however, as Jordi Tixier ran into him in a crash that occurred during the qualification heat. A dislocated hip was the result of that vicious incident. Herlings still led the MX2 series at the conclusion of the round, despite the fact that he scored no points, but eventually handed the championship over to Tim Gajser. Max Anstie was also in this title hunt, but crashed out of the second moto at Loket and then faced a deficit that was too large to overcome.