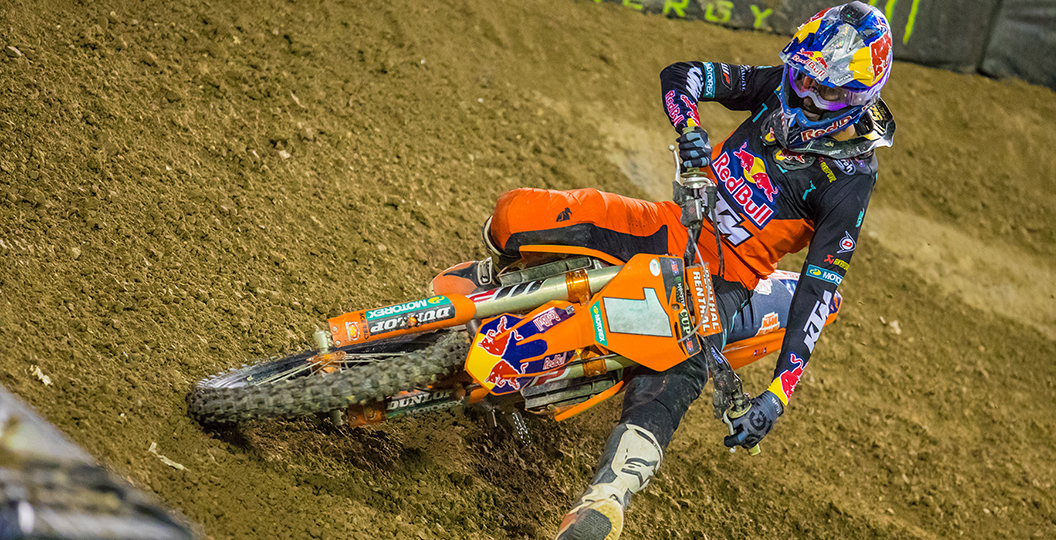 Marvin Musquin looked great at the Monster Energy Cup over the weekend, but his results did not exactly reflect that. Musquin showed plenty of speed, one year on from claiming the million dollars, but little issues held him back and eventually left him outside of the top ten. Everything that happened is discussed in this exclusive MX Vice interview, plus some other hot topics.

MX Vice: Last year at this race, everything went right for you. This year was a bit different. Even though the results weren’t what you expected or wanted, the speed was really good. There are positives.

Marvin Musquin: Yeah, exactly. Practice was awesome. I was able to put some good lap times and I was the fastest. The technique was good, riding was good, but going into the race my starts were not the best. I put myself in a decent position the first moto and I came back to second. I was pretty happy with that. Second moto I was on my way to do the same thing. I passed third place and, unfortunately, Chad Reed had an issue right in front of me and I couldn’t avoid him.

From that it went bad. My leg was stuck in his wheel. I still tried my best and came back to ninth place. To fight for the overall podium, it was already tough. Then the last moto I was really looking forward to a good start and that’s exactly what I did; I was inside. I was really tight inside and made a nice turn. I was in a good position to get the holeshot and then someone ran into me really hard and we went opposite way of the track. From then, it was done.

Following the incident in the second race with your leg and then that crash in the last one, are you okay? Beat up at all?

Yeah, a little bit for sure. That’s a crazy race. The track conditions too. We get ready in a really short time for this race. It went awesome last year, but it didn’t go my way this year. I have got to be happy with the riding.

Your speed was really good today and I know a lot of people have talked about that. Is the work you have been doing with DV on the technique side what you credit your speed to?

Yeah, I think so. It’s been good to have DV coming to the track. I always liked his point of view, his thinking and technique. It’s been good. We worked together today on the riding style and the practice went super good, plus the racing. It was getting better and better. The racing incidents, stuff like that unfortunately sometimes happens.

How long have you been working with DV now? Has there been enough time where you have noticed differences out there?

No, it was only a couple times I had DV at the track. It’s been good. I like him. It was a lot of fun. It was a test this weekend, so it was nice. We’ll keep working.

You haven’t got much time, but I’ve got to ask… Team France obviously won only a week ago, so it’s still quite fresh. Everyone knows how the whole thing went down with you. Surprised they won? Thoughts on the whole deal?

Yeah for sure, surprised they won. A rider like Gautier Paulin, he’s the captain of the team and they definitely wanted to pick him. This year he rode unbelievable. That was very nice to watch. He deserved the overall. But Motocross of Nations is a crazy race and anything can happen. If I’m not wrong, since Ernee in 2015 when I was there and Romain Febvre won both motos, after that the French team, they never won a moto but they always won the overall. You have got to be very consistent. Crazy for them that they won again this year, but congratulations.

Everyone knows about the drama and everything you have been through on that side. Putting all of that to one side, just seeing them up on the podium, I am guessing there is a part of you that wishes you were there with them and had a chance to show what you can do?

Yeah, of course. I was definitely looking forward to race RedBud. I race there every year for outdoors. I think we need to communicate more with the federation or them to be more out-spoken, just to be honest with what they want to do and tell the truth or whatever. If they don’t want me, they don’t want me. We have got to talk more before the selection.

You are going to try and fix this whole French federation drama then or you want them to fix it anyway?

Finally, obviously this is kind of the start of your off-season races. Is your schedule going to be as packed as it’s been every other year? Geneva, Bercy and all of that?

Just Paris this year. Looking forward to start riding intensely the beginning of November and towards Anaheim. 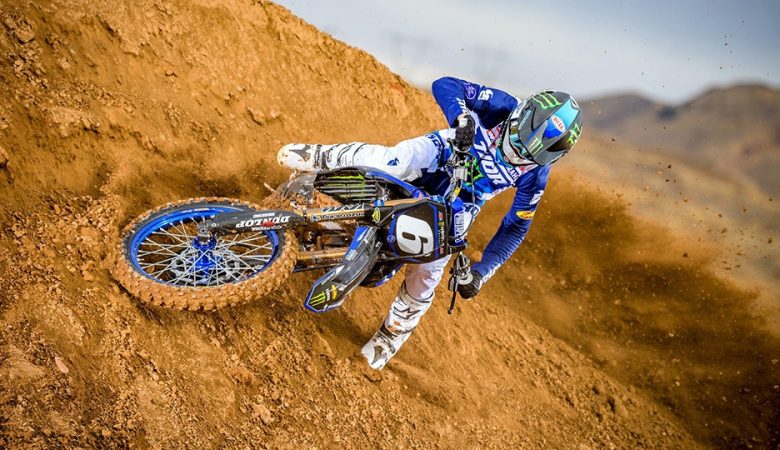