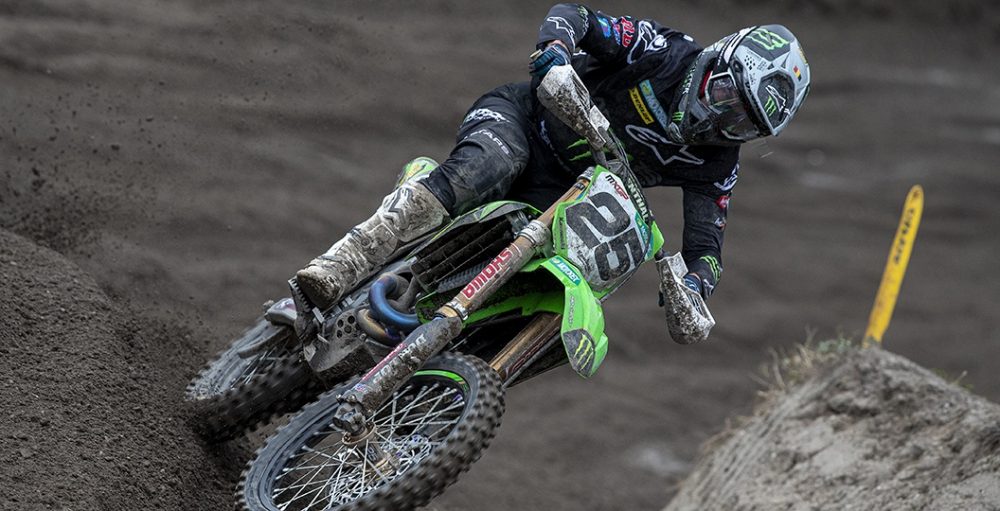 Clement Desalle will be a retired racer this time next week, which is tricky to digest when considering his brilliant win in the second moto at the Grand Prix of Trentino. Desalle won a moto for the first time in more than two years and battled with his old foe, Antonio Cairoli, en route to that achievement. Desalle was obviously thrilled following round sixteen of the 2020 FIM Motocross World Championship, and MX Vice editor Lewis Phillips caught up with him for a quick chat about what went down.

MX Vice: It’s 2020, sure, but it felt like 2013 out there! You led [Antonio] Cairoli and [Gautier] Paulin the whole way in that second moto. It’d have been nice for you to get a podium this week, but a moto win as well? You are not done yet, but this a nice way to end your final week as an MXGP rider.

Clement Desalle: Yeah, for sure. It’s a really nice thing to win a moto in my last week, for sure. I remember  battle with Tony a few years ago, like you said, and he is a really strong rider. Today I was really feeling like this. When I passed him and was leading in the second moto, it was just such a nice feeling. I said to the team that I believe the podium is still possible. I believe it. I was leading and then I made some mistakes in a few parts of the track the first ten minutes.

I changed my lines and it was better, so then I went a little bit. I took some gap from Tony and then he came back. I was really thinking, like you said, about the past. I said, “Maybe I can go to the end and give it all my best?” Finally, I did it and got on an overall podium too. It’s really nice. The feeling is good, particularly in that second moto. Really happy about my riding. For a long time I haven’t got that feeling on my bike and that’s why I’m here. I tried to search that. For sure, a win for me and the team is really great. I’m really happy.

This is the thing. Through the first couple of laps, Tony was inching closer. It was like something clicked though and you were like, “Oh! I remember how to do this.” You pulled away, got a good gap and held on to the end. I guess that as soon as you got back in that position then it was like slipping on an old pair of shoes. You were like, “Yeah, this is comfortable for me.”

Yeah, for sure. Since the beginning, I know him perfectly and I know he will not give up until the last corner. I know what to do too, but he did not change of course and neither did I. It was definitely a nice battle. I was really happy to win that second moto. It’s such a nice feeling, and the overall podium is good. I was believing it. I knew that with a good start it was possible, but to keep the lead all moto and then have a great ride like that was really nice.

Was it hard to stay calm? I imagine in your mind you were thinking about everything that was happening; how it was your last week, you were leading again, Tony was right there and it was just like old times. Was your mind going a bit crazy?

A bit crazy, but no. I was for sure thinking about all this. Just before the last two laps, there were a few seconds that I did think about it again. I was thinking of it, but I didn’t look at the pit board anymore on the last three laps. I didn’t look at anything. I just rode, did my best every corner and then I got it. It’s good.

This is your last week. You have made your decision. Does a result like this make you go, “Maybe I can continue for another few years?” You are quite happy with your decision though, huh? You are going to enjoy this week. This is just a nice bonus.

No. For sure, I am happy with my decision. I don’t come back like this. For sure, it’s good. It’s like a bonus. It’s really nice. They just asked me a question about tracks [in the press conference] and I was straight with all my answers during all my career. I will not change. It’s not because I won the second moto that I said something different and this morning. Some things I will never understand, but that’s also a part of my decision. To answer you, no. It’s really nice to have the feeling that I can still win a moto, but my decision is not just like that. It’s okay. 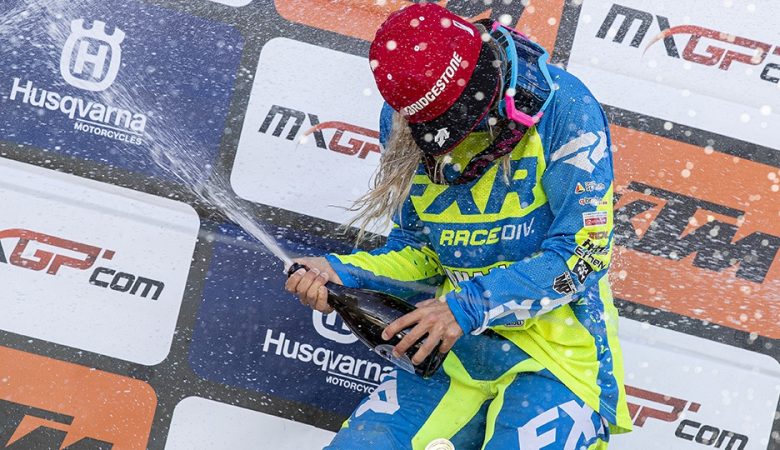 Watching It: MXGP of ITA 7