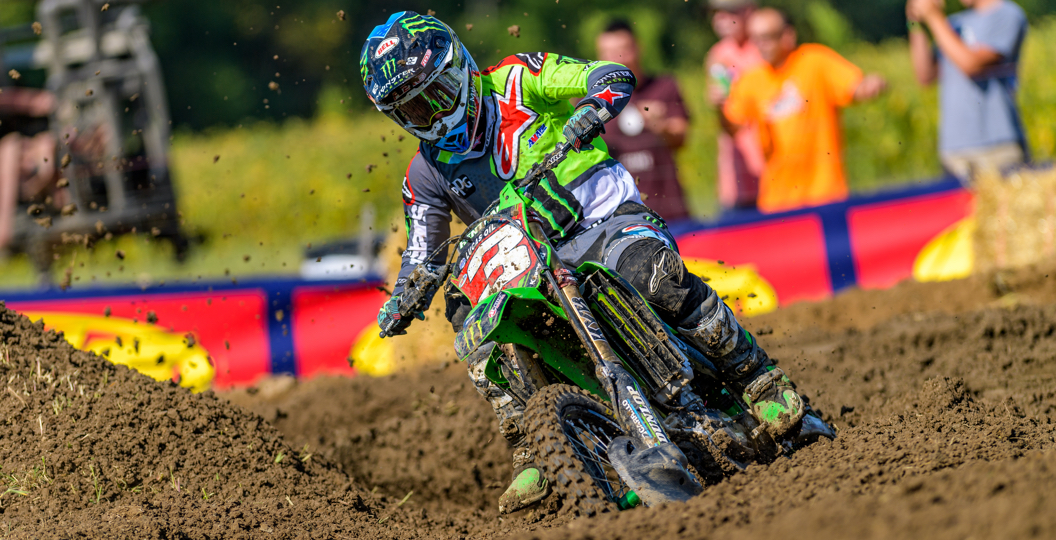 Marvin Musquin was seemingly eager to win the final round and steal as many points from Eli Tomac as possible, as he pushed the limits in each moto. Are you in need of proof of that? Just watch this wild ride that he encountered in the final moto of the season.

Based on the video below, one would presume that Chase Sexton did not acquire the desired results at the final round of the Lucas Oil Pro Motocross series. That would be wrong, however, as he romped to a 10-6 scorecard and the best overall result of his career.

Eli Tomac was reminded of the bigger picture – the 450MX title – in the first moto on Saturday, as he chased after Jeffrey Herlings and suffered a rather nasty fall. Thankfully, no damage was sustained.

Aaron Plessinger has had an inconsistent season, as he failed to score points in four of the twenty-four motos that were run. This fall, which occurred in moto two, almost sums up his season, as he was poised to achieve a strong finish.