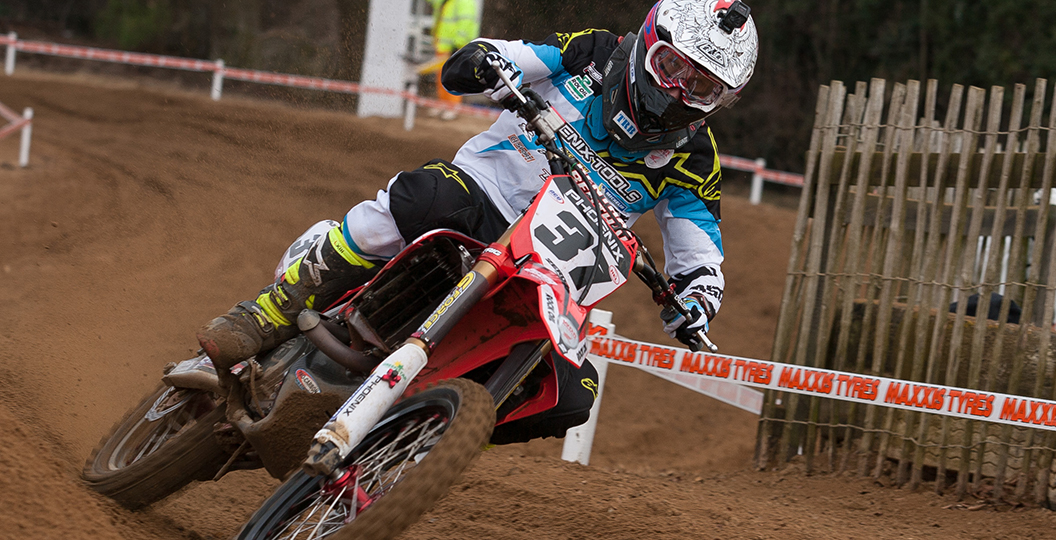 There are certain teams that are synonymous with the Maxxis British Championship, like the Phoenix Tools Honda squad. Barry Moore, who has put so much passion, time and money into pushing his team forward, is set for one of his more memorable seasons, with a pair of podium contenders beneath his awning.

MX Vice: You obviously spent last year with Husqvarna, so what was the reason behind the switch back to Honda this year?

Barry Moore: The reason for the switch to Honda was an easy one for me really. Although the Husqvarna’s were quite good, I’ve always had a soft spot for Honda. During most of my motocross career, as a rider, I was on Honda and spent ten years on the CR500. For me they were great years and hold fond memories.

MX Vice: Carlton Husband and Gert Krestinov have performed well in recent seasons, but what was the reasoning behind bringing them onboard?

Barry Moore: The reason for bringing Gert and Carlton onto the team was to win races and get regular podiums. This is, without question, the strongest team I’ve had to date and I’m excited to have these two guys onboard. They are both great guys, easy to get on with and grateful for everything that the team put in for them to succeed. I would go as far to say I would like them on my team again in 2017.

MX Vice: Were you close to bringing any other riders onto the team for this year?

Barry Moore: I was talking to a few riders for the MX1 and MX2 rides, but as soon as I spoke to Gert and Carlton I knew they would fit into the team and work well with Karl and Chris [the mechanics].

MX Vice: Jamie Carpenter was representing the team in MXY2 at the start of the year, but left the team last week. Why the change?

Barry Moore: Jamie Carpenter is no longer on the team, it didn’t work out and I think they are better suited to doing their own thing. They are getting help from Holeshot Racing and running out of their own truck; I wish them the best of luck.

MX Vice: Gert Krestinov scored points at the recent MXGP round at Valkenswaard. How much did that mean to the team?

Barry Moore: Gert rode well at Valkenswaard and took some world championship points, which was great for the team and sponsors. We will be doing a few more this year and I am looking forward to seeing the guys race, especially at the British GP for obvious reasons. To score points at MXGP level, which is a first for the Phoenix Tools Honda team, is a great feeling and shows we have a good bike and set-up.

Gert gets on very well with his mechanic Karl and they are forming a good relationship, which helps. It makes the long hours the guys spend prepping the bikes and the miles of traveling for the races worthwhile.

MX Vice: What would you pinpoint as the team’s goal for this season?

Barry Moore: The team’s goals for 2016 are to be competitive, always give one hundred percent and be professional. It’s important that everyone enjoys the racing within the team and hopefully the results will come off the back of this. It’s not always about the winning, but at the moment I have a great feeling about the team and I believe this year we may surprise a few people.

MX Vice: You recently had a health scare. Are you able to explain a little about this to those who don’t know you?

Barry Moore: Yeah, I had a scare at Preston Docks. I have a heart condition called Sudden Death Syndrome. It’s not the best, but I won’t let it worry me and I try to carry on as normal as possible. At Preston,  unfortunately, my heart stopped and I had to visit the hospital. I was back to work the following week and am nearly back to one hundred percent.

MX Vice: You have two passions in life: Tottenham and motocross. If you had to pick either of these, which would you choose? Tottenham winning the league or your team winning the British Championship?

Barry Moore: That’s a good question! I’ve supported Tottenham for over forty years and have run a team for twenty years. But, if pushed on this and as much as I want Tottenham to win the Premier League, I would have to go for Gert or Carlton winning the British! For my team to win a British championship would be like a dream.

MX Vice: Phoenix Tools have supported motocross for a long time, from regional series to race team sponsorship. Can you tell us more about the business?

Barry Moore: Yeah, I started my business twenty-one years ago now. Initially I started trading out the back of a van, calling round all the building sites. I had a old Bedford van that I purchased from a second hand dealer. It was yellow, just like Del Boy’s from Only Fools and Horses. After a year of running the Bedford I upgraded to a transit, then shortly after that I moved into my first unit in Kingsteignton.

The business really started to take off and I realised within a few years I had outgrown the unit, so moved into a new purpose built unit – that is where I am today. I’ve always prided myself on giving a good reliable service and only selling quality products (for more information on Phoenix Tools, we’d recommend checking out their website).

MX Vice: Before we let you go, what are the long term goals for the team?

Barry Moore: The long term goals for the team is to keep competing at the front of the pack in the Maxxis British Championship and Michelin MX Nationals, to win races and hopefully do a few GPs as well. Don’t worry about my health, I plan to be around motocross for a while yet!