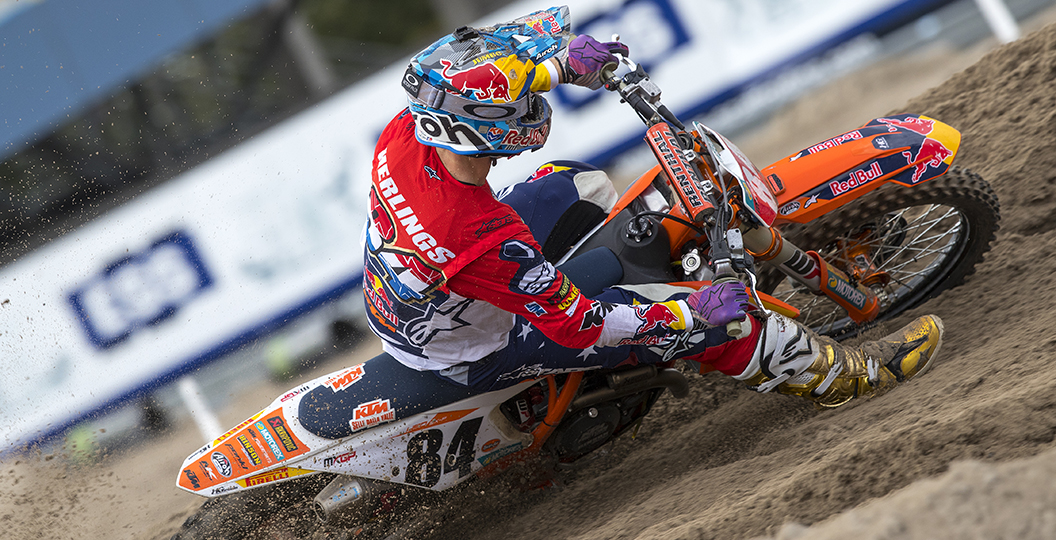 Following thirty-seven of the forty motos, Jeffrey Herlings has been crowned the premier-class champion in the FIM Motocross World Championship. Herlings won the opening race at the Grand Prix of The Netherlands and therefore did enough to take the title with a ninety-eight-point lead. Herlings needed a gap of seventy-five points over Antonio Cairoli when that moto concluded in order to take the crown.

Although the season has not finished, the statistics that Jeffrey Herlings has garnered are just phenomenal. Here are some noteworthy points…

– The above statistic obviously means that he has led more laps than the rest of the field combined. An incredible achievement, especially considering the depth and lack of injuries this year.

– Thirty of the thirty-seven motos that have been run in the premier class have been won by Jeffrey Herlings. That total includes the two that he missed at the Grand Prix of Lombardia.

– Jeffrey Herlings has won fifteen of the eighteen rounds that have been run thus far. Considering he was not in Ottobiano, he has only lost twice this season.

– Second is the worst position that Jeffrey Herlings has occupied in the overall classification at a round and he has only had that twice (Grand Prix in La Comunitat Valenciana and Russia).

– Jeffrey Herlings has jumped on the overall podium seventeen times, which is the same number of rounds that he has completed this season.

– Remember, a broken collarbone threatened to halt his charge. Looking back now it was merely a blip and one that he quickly overcame.