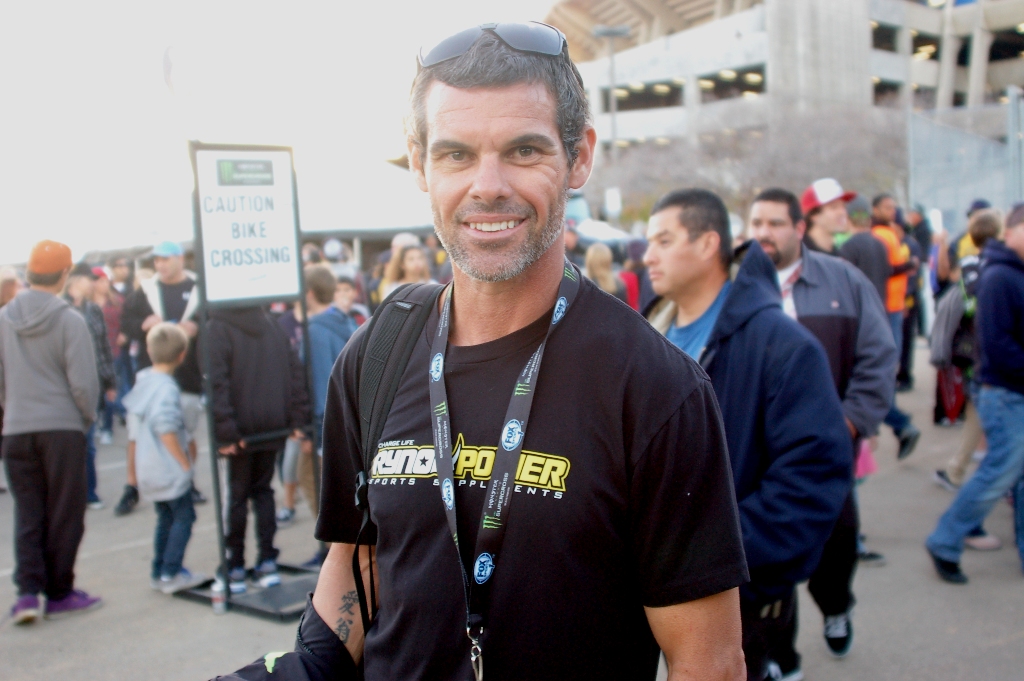 Catching up with: Ryan Hughes

Ryan Hughes is one of the true warriors of  motocross. The American raced for over ten years as a professional, overcoming big injuries and showing a fighting spirit that not many could match.

Hughes almost won the 125cc National title in 1995 and 2003 but came up agonisingly short both times to eventual champions Steve Lamson and Grant Langston. In 2003 Hughes was famous for riding with a broken leg at Southwick as well as his hard bar-banging battles with Mike Brown and Grant Langston.

Hughes was a fearsome competitor but he was also open minded. The American moved out of his comfort zone to race 250 GPs in 1999 and 2000, finishing fourth in his first season. Injury ruined his 2000 season but he did make it back in time to win the MXDN with Team USA in France alongside Ricky Carmichael and Travis Pastrana.

Hughes has experienced all the highs and lows that motocross has to offer and now he is passing on his experience to younger riders. Hughes currently trains Britain’s Dean Wilson and has high praise indeed for the Scotsman’s application to his rigorous training methods.

We caught up with Hughes for a quick chat about his career, Dean Wilson and to see how he was doing in his recovery from breaking his back in a scary crash almost a year ago.

MX Vice: First of all how are you since your accident?

Ryan Hughes: I’m good, I am 100% recovered I have been doing a lot of cycling back in the gym and back doing everything again. So I am back to 100% and just putting a lot of time into Dean and the other riders that I have.

MX Vice: Are you ever going to ride a bike again?

Ryan Hughes:  I don’t know, we will see. It’s still up in the air. There are still times when I have the itch and times when I don’t have the itch, it kind of depends on the track. Sometimes when the track is really good, I’m like, ‘aw man I want to ride!’ But if the track is shit then I don’t want to ride. I am just so busy training these guys that I don’t really have time to do the riding part. Mountain biking kind of fills that void a little bit, although it doesn’t do it 100%. But at least I have something to challenge me that way.

MX Vice: Looking back at you career you had a wide and long career, you almost won a couple of championships here in the US and won some GPs which a lot of Americans don’t do. When you look back are you pleased with everything you experienced in your career and what you got out of it?

Ryan Hughes:  I am happy. I put 30 years of my life into it and I went about it as hard as I could. Of course you want to win championships and we came very close and a lot of stuff got ripped away from me but on the other hand I gave everything I had. I gave my life to it, I was willing to die for it, so I have no regrets. There is not a point in my life where I said I wish I had trained harder, wanted it more, done more, I did everything I could and that’s the way my career ended up.

From the ups and downs and having so many I can teach these guys on so many different levels now. So for me it is a blessing to have a little bit of a troubled career, i guess. Because I can teach these guys and relate to them so much deeper rather than being someone that won everything. You can’t relate to someone that has had bad times. Or if you have never been at the top you can’t relate to someone who has been at the top. So, I have been both sides!

MX Vice: A lot of Americans go to GPs and struggle you were able to win races and be a contender. Do you think there will be an American world champion soon and what is the secret to being successful there?

Ryan Hughes:  It is going to be a long time before an American goes over there and becomes successful. He is going to have to spend his whole life over there pretty much.

I am good at being a little bit of a chameleon. I can adapt to the lifestyle and adapt to what it is and not bring my American traditions over. You got to forget all those things because it’s not American, you ain’t ever going to find anything that is going to be like that. You have to accept how Europe is and get to know it -then you start to gel with it well. For me the riding part was easy because I wanted to win.

I guess you get a couple of Americans like Bobby Moore, Trampas Parker, Tallon Vohland, we aren’t caught up with the American deal. We are caught up with wanting to win races and it doesn’t matter where you put us.

MX Vice: Switching over to Dean Wilson, how much have you been working with him or changed his program coming into this season.

Ryan Hughes: We changed a shitload coming into the season! We changed his nutrition, his gym work, his cycling work, his technique and his mindset. Even dialled his food down to a blood test, changed his water – we did everything.

Sometimes it takes a little bit of time for that to come into play but he just came in with a lot of pressure and lot of pressure from him. He had to get over the fear of being hurt a couple years in a row. The first three races were a little bit tough but we went back to the drawing board and now you are seeing one of the fastest riders in the world.

Dean is a very good guy to work with, he is funny, he is never late, he gives everything he has and there is never, ’how much longer? Or, ‘I’m tired.’ People don’t see that side of Dean but he is a fighter. When it is time to work, it is time to work.