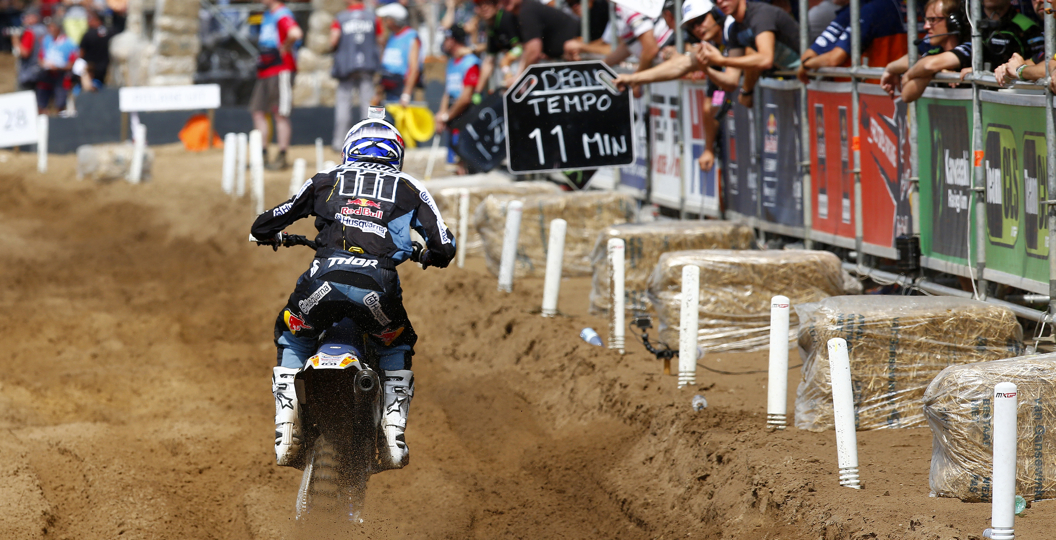 Catching up with: Dean Ferris

Dean Ferris’ 2014 season hasn’t gone to plan at all. A late decision to ride in the USA meant he had limited time to adjust to supercross and his results were not what he or KTM had hoped for. Whilst getting ready for the outdoor season, where he was really expected to shine, he broke his wrist practising in Australia.

Then, as he prepared to get back into the Lucas Oil Pro Motocross series, he got the opportunity to return to the GPs, but this time in MXGP on a factory Husqvarna. Ferris took his chance to impress the GP teams in the four races and has secured himself an MXGP deal next year.

We caught up with a friendly and confident Ferris to talk about his rollercoaster year, from the difficulties of learning supercross to a fine performance in the sands of Lommel, we also learnt he won’t be racing the last three AMA nationals for KTM USA.

MX Vice: It’s been a tough season for you but you have really showed your potential again in these last few races for Husky.

Dean Ferris: Yeah, it was really good. Obviously I was going to race in America and then I got the opportunity to race these last four European rounds of the GPs. So I was pretty happy about it, it was a tough return in Sweden but in Finland I was strong, Czech wasn’t a great track for me but this weekend I was strong again. The finishes weren’t as great as I thought I rode today but I am pretty happy.

MX Vice: Did you expect to be as strong here today?

Dean Ferris: Actually I didn’t know, it was a big question mark. But I was stronger than the riders just in front and I started to go really good at the end of the weekend. It makes me really happy and confident about my sand skills. That was the next piece of the puzzle for next year so I am happy about it.

MX Vice: Are you signed sealed and delivered to race MXGP next year?

Dean Ferris: Yeah I am signed, sealed and delivered but I can’t say who with just yet!

MX Vice: You went to America and with the under twenty-three rule and riders moving up, were you worried it might be hard to get a ride next year?

MX Vice: Just regarding Supercross, when I was there for Anahiem and San Diego, your pace was decent but it was just the odd big mistake that caught you out, how did you find it?

Dean Ferris: Yeah it was just my timing. It was a bit rough, I didn’t have much time to prepare, I just had a month and was thrown in at the deep it. But even still I thought I might have done better.

MX Vice: Did you enjoy the experience?

MX Vice: Next week is Unadilla, are you still going to do the last three for KTM?

Dean Ferris: No that’s off now, Husky said just stay here and focus on these races for now.

MX Vice: Is that a bit unfortunate for you not to get the chance to show your speed there?

Dean Ferris: Yeah a little bit, it would have been nice but it will be nice to finally relax for a few days, this month has been so busy and hectic with returning to racing and getting sick and having four races in five weeks. Coming off the injury was the main thing but I was so happy with the team and bike, it was great.

MX Vice: Have you any problems with the wrist?

Dean Ferris: No it is 100% now, in the beginning it was a little bit sore but now it’s great.

MX Vice: What are you goals for next year? It’s heavily rumoured RV might be coming and regardless of that it will be a stacked class anyway, what do you expect?

Dean Ferris: It’s hard to say but I know I will do well if I stick to the program and don’t do anything stupid and hopefully see myself on the podium a few times for sure.