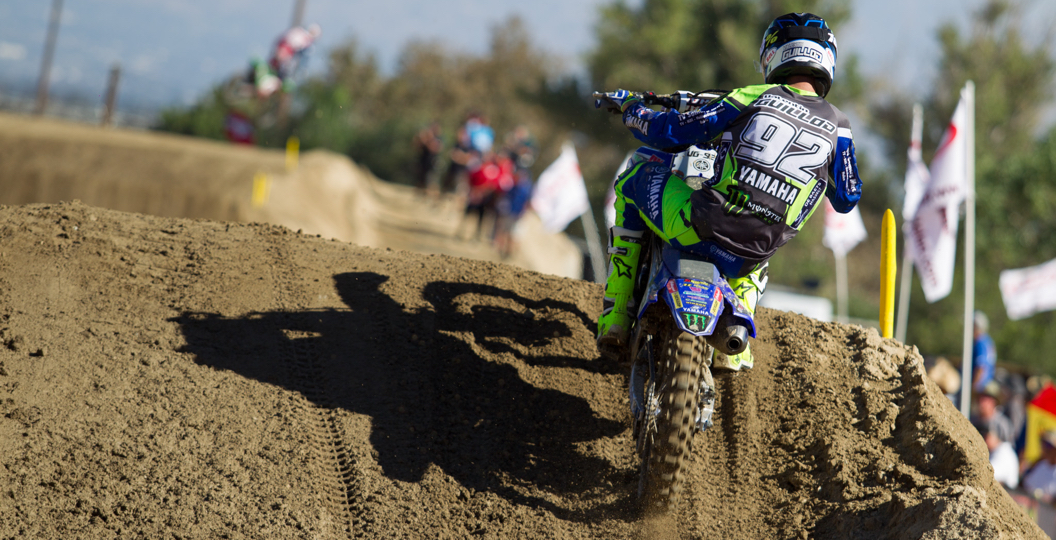 A flamboyant style and ability to run the pace of the frontrunners makes Valentin Guillod one of the most eye-catching talents in MXGP, but he’s been beneath the spotlight for a different reason recently. The three-time Grand Prix winner has switched to Honda and split from long-time trainer Yves Demaria ahead of next year, in an effort to make yet another step forward with his career.

MX Vice: First off, we’ll touch on this year. It was your first season on the 450F, so were you happy with how it all went? Did you meet your expectations?

Did you have any problems when jumping on a 450F for the first time? Did you have to change your style or training at all?

You know, when I jumped on the 450F it was quite okay. I am a smooth rider, so it matched quite well with my riding style. I think that in the winter I did not make very good decisions with the settings of the bike though. The bike was working really well when I was practicing and everything, but when I arrived at the first few races I just saw that it was not a good bike for me. I had to be really aggressive and that is not my style, you know? I think that the beginning of the season was not too good, because of that.

It sounds like you had another year on your Yamaha deal, so was that part of the reason you moved over to Honda for next year?

No, it is quite a complicated story. I had one option for next year with my salary and everything planned, but Yamaha had to make a decision before July 31st. It was in Lommel that they told me that they would not take my option, so they let me free for 2017. I was talking to try and find a bike, because I had nothing and all the good teams were full already [at that point]! It was a bad year to not have a contract, but I started to be in contact with Honda.

Everyone knows what has happened with [Aleksandr] Tonkov, so at the Motocross of Nations Yamaha came to me and asked if I wanted to go back. I don’t like how they treated me; one day they say that you have to leave, then they come back one month later. I was quite sad about that reaction, but it is like that. I am quite excited to work with Honda Europe and Assomotor.

When you signed with Assomotor, did you have many other options? Could you have maybe gone to a full-factory team or was this the best deal for you?

No, I was really pushing Roger Harvey to put a third bike on the factory team. It was not easy for them to do that, so they proposed that I go to Assomotor. To be honest I didn’t have any options, although I was in contact with teams about going to the USA. I really like Europe and want to stay here, but I was talking to them a little bit and it was interesting. I wanted to stay in Europe though, for sure.

Are you going to have a factory bike beneath the Assomotor awning? Will it at least be quite close to what [Tim] Gajser has?

You know, Honda have made the new 2017 bike really strong. We can see what [Evgeny] Bobryshev did with the bike through the last few races; it was quite impressive. We will have help from the factory. It is also in my contract that if one of the two factory riders get injured after two GPs, it will be me who has the factory bike.

Is this a one-year deal with Assomotor and you committing to MXGP, rather than going to America in the future?

I only have a one-year contract with Assomotor, but I have an option with Honda for one more year. My goal is to go to the factory team in 2018, so we will see what goes on in the future. My goal is to stay in Europe though. I like to watch the American racing, like all of the supercrosses, but I’m fine in Europe. Now we can see that Europe is as strong as the USA, which is really cool.

Is that maybe a mistake that a lot of people make? Most people think of you as being desperate to go to America and race supercross?

Yeah, for sure. I really like supercross and enjoy it when I’m racing. I’m from Europe and maybe I would go to the USA for one year, but at the moment I am fine here. I will stay in Europe until the day I am not happy.

How close did you come to signing with an American team for this year then? Could you tell us which teams you were talking to?

I just took some contacts. Troy Lee Designs KTM were missing one rider and Suzuki were looking to make an MX2 team, so I was in contact with them. Honda then gave me this proposal and it started getting late, so I decided to stop losing time and go with Assomotor.

If you do end up in America in the future, would you have a problem with going back to the 250F?

I don’t think that it matters. Like we saw with [Jeremy] Van Horebeek on the 250F at the MXoN, he was really fast. I think it is good that you can move from the 450F back to the 250F; I think there are benefits.

In regard to your programme for the future, am I right in thinking that you are not working with Yves Demaria anymore?

Yeah, exactly. After the ‘Nations we made the decision to stop working together. We worked together for four years, I like him a lot and he helped me. We progressed a lot and made some great seasons, but now I think it is time to change and go a step higher. I am just looking at what I am going to do, but I have already planned that I will go to the USA for all of November to work with Ryan Hughes. I can train physically with him and ride supercross, then I will come back at the end of November to do the supercross in Geneva. I want to prepare to ride in front of my public.

Were you a bit disappointed when it was decided that you would not be working with Demaria? Obviously when you split from Standing Construct at this point last year, you really supported Yves and committed to working with him.

Yeah, sure. After this season I learnt a lot and progressed myself, so now I think I realise that it is something good to change. I will go more on my own to improve again.

Finally, are you going to shoot for top seven again in 2017 or aim a little higher than that?

My goal is to go for the top five. This year was quite a big year to learn, as I was thinking that it would be more like racing the 250F. It is tough though and the guys are really strong, so now I know what I have to work on to be even better. If you look at how I rode this year at some races, I had the possibility to ride in front. I now have to work to do that every weekend, so that is my goal. I know I can fight with the guys in front.