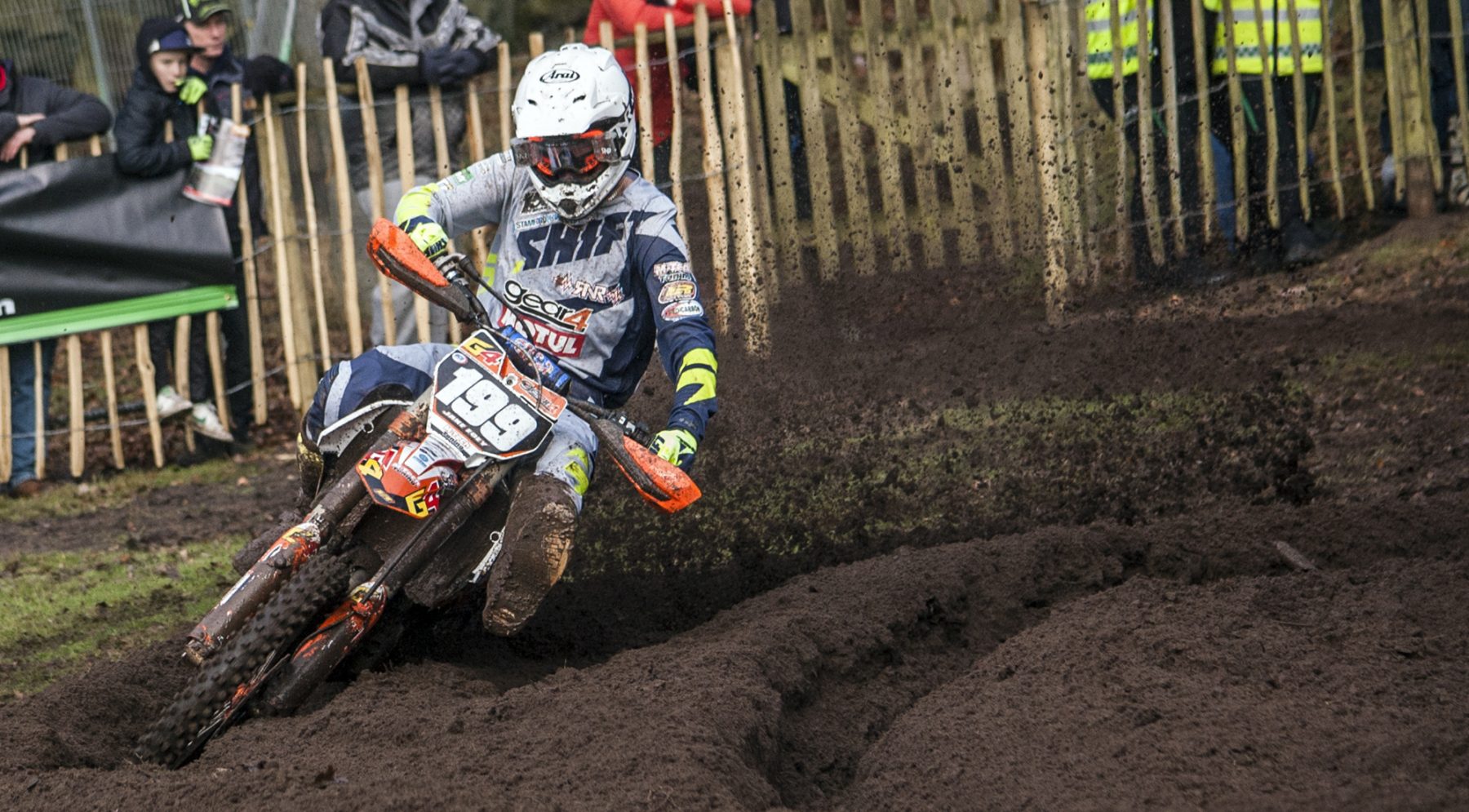 Jake Edey has had a very strong start to the season so far, coming 5th at the Hawkstone International and 3rd at the first round of the Maxxis British Championship. Jake will be looking to carry on this form throughout the rest of the season! We caught up with him to get his thoughts on his recent results and how his preseason went…

MX Vice: How has your pre-season gone?

Jake Edey: I had a complete break after finishing all the end-of-year beach races, but that was mainly because of doctor’s orders. I sustained a back injury at the very beginning of 2016, so last year was pretty tough! Along with working full-time as an apprentice plumber, it was quite a transition year for me. Picked up my new KTM 250F from my main sponsor Gear4 Motorcycles in the second week of January and I could tell I’d had a long break! I booked a week off work in February to ride in Spain immediately after Hawkstone. Time on bike is crucial, so after having seven days of riding I felt like I caught up and gelled with the bike again.

You did pretty good at Hawkstone, do you feel confident coming into the season?

Hawkstone is my favourite track, so when I knew it collided with Le Touquet beach race it really wasn’t difficult to choose. In previous years I trained right through the winter, but after having ten weeks off the bike I knew I was rusty. You have to start somewhere though and the first race of the season you’re never really sure how results are going to turn out. I’ve never been good at qualifying, so it doesn’t normally faze me if I’m a little further down, but I was way off the pace this time. One thing I’m always confident in is my starts; I have the absolute best bikes tuned and prepped by Yed at M Tech Tuning so I’m always confident of the set-up.

Truly I was very rusty and had only been on my new bike three times so it wasn’t surprising I finished joint fifth in MXY2 class. I wasn’t entirely happy with that. I led races, but made some silly mistakes and came off a few times. I came out with some positives though and can work on the negatives.

Do you feel ready for the season?

I’ve always battled with the mental side of things, knowing I need more bike time to be competitive with my peers at the level I’m racing at. But schooling, and now work at this present time, have to come first for me. I really knuckled down at work and college last year and managed to finish a two-year plumbing apprenticeship in just one. I always planned to get a trade behind me, which at seventeen I now have.

This year the boss agreed to me having a day off a week during the racing season, which started February and, along with the Spanish trip, actually gives me a much better start than previous years so that alone helps massively.

What series are you doing?

MXY2 and 2-stroke in the Maxxis British Championship, MX Nationals in the Bell British Expert MX2 class and any beach races!

The main goal is to be more consistent, think about the overall and not individual races.

Do you feel stronger after the first round of the British and Hawkstone?

Definitely. I’ve always worked really hard in the gym, so my fitness hasn’t ever been a problem, I have a great program I work to and mix it up with other sports in the summer to keep it interesting. Just being able to ride in the week now has already given me confidence, previously I would have finished my last race on a Sunday good or bad! The next time I rode most often would have been time qualification the following week. So, yes, this will be my strongest start to any season.

Is there anyone you would like to thank for the help throughout the last twelve months?

Yes, there most definitely is and a thank you never seems enough. Every product I use I endorse and totally believe in; I would use it sponsored or not. I believe it’s important to build long-lasting relations with my sponsors, as strength, depth and continuity are important to me.