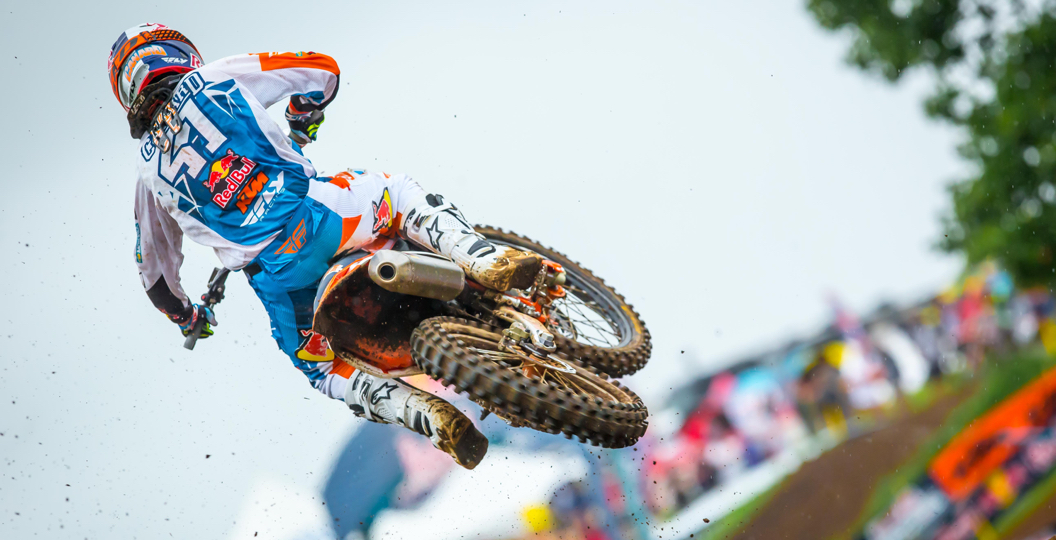 At 26-years-old, Canard has accomplished many milestones throughout his racing career. The Oklahoma native had a successful amateur career before joining the professional ranks in 2007. From there, Canard went on to capture the 2008 AMA Supercross Lites East Championship and the 2010 AMA Motocross Lites Championship. Additionally, Canard captured a total of five overall wins in the 450 division and 11 wins in the 250 division. Canard also represented the U.S. Team at the Motocross des Nations in 2010 where he contributed to the team’s incredible championship-winning performance.

Canard: “I love racing and my passion for doing so has not changed, but there comes a time in every racer’s career where you come to the realization that although the spirit is willing, the flesh is weak, and I know in my heart it’s time to call it a day. I’ve had many injuries throughout my career and have always done my best to heal and bounce back. However, I feel I am not able to push myself to the level I need to in order to be competitive at the highest level of racing. I am sad to say goodbye but also extremely grateful and thankful for the last 10 years of my life. I never could have dreamed I’d do the things I’ve been able to do, to live out a childhood dream and meet and become close with so many wonderful fans and industry people.”

Canard added, “I’m extremely grateful to KTM for the opportunity to work alongside everyone at the Red Bull KTM Factory Racing Team this last year and I am happy to end my career with the full support of the team. I’ve raced for top manufacturers and teams throughout my career and I’m honored that they chose me to race for them at the highest level of racing and represent their brands. I can’t say thank you enough to my family and close friends who have been with me since day one and I hope to see everyone at the races for many years to come. This will always be a community that I cherish and feel connected to on so many levels.”

Canard joined the Red Bull KTM Factory Racing Team in 2017, where he lined up for a total of six AMA Supercross Championship rounds and two Pro Motocross events.

Ian Harrison: “Trey is one of those riders who has always been great to have around. He’s such a nice guy and we have enjoyed his positivity and passion. Unfortunately things didn’t go the way we planned from both sides but we wish Trey nothing but the best, we know he will be successful in whatever he decides to do next.”

Canard is widely known as a fierce competitor on the racetrack and a positive role model to fans and competitors alike. While he battled a plague of injuries throughout his ten-year racing career, Canard never gave up on his quest to be at the top of the sport. Canard’s tenacity has provided inspiration to many and the entire racing community will continue to cherish his positive contributions to the sport.

KTM North America, Inc. and the entire Red Bull KTM Factory Racing Team would like to thank Trey for his dedication to the sport and wishes him the best of luck in his future endeavors.