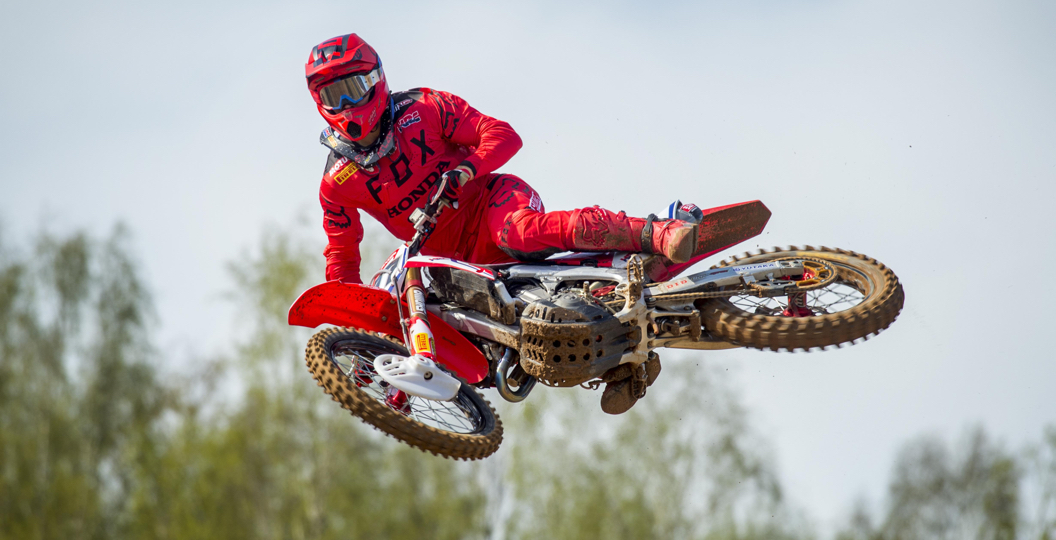 In a move that will undoubtedly shock fans across the globe, Evgeny Bobryshev has finalised a deal with RFX Suzuki to compete in the Arenacross World Tour. Bobryshev, who was dropped by Team HRC in the FIM Motocross World Championship, was left scrambling to find some kind of deal, but has eventually settled on a return to the United Kingdom. Remember, he is a former British champion.

“I am really happy to have made a deal with Suzuki England to race in the Arenacross World Tour for 2018,” Bobryshev said in a press release. “I have known Neil Prince for a long time and I am looking forward to working with him. I actually raced one round in Ireland in 2010, which I won, and it was a lot of fun. I was in a unique position where I could choose to ride in whatever I wanted and I decided that this was what I wanted to do. It is going to be so different to MXGP as the racing is only done in one day, which to be honest means I will probably enjoy riding the bike a lot more and having a bit of fun with it. I am planning to start riding on the bike next week and get focused. I will be ready for it.“

The Arenacross World Tour will begin on the first weekend in January at the Manchester Arena in the United Kingdom and run until March, where the series will wrap up in Germany. It has now become apparent that Bobryshev will race the Maxxis British Championship and Michelin MX Nationals, another UK-based championship, throughout the summer, so will not be contesting the MXGP series. We’ll be conducting an exclusive interview with him later today, so stay tuned to MX Vice for more.