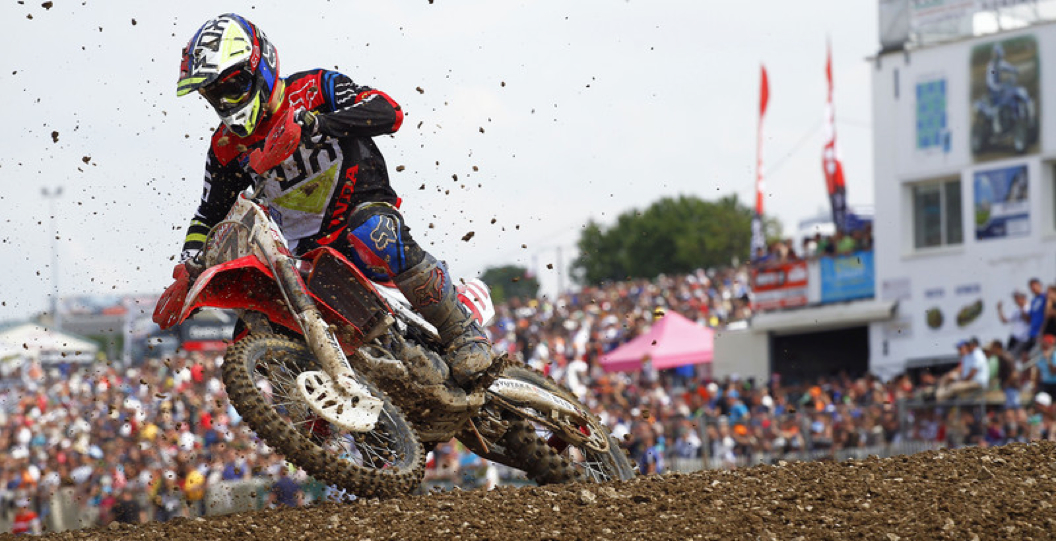 Bobryshev out of MXoN

Conscious of the risk of returning too early from the injury that saw his left tibia and fibula broken in three places in Italy on June 15, Evgeny Bobryshev and Team HRC have decided that the Russian will unfortunately not be able to race at the Motocross of Nations at the end of September.

Whilst his recovery is progressing well and there have been no complications since the surgery in June, the feeling shared by both Bobby and Team HRC was that he wouldn’t be sufficiently fit to compete at his best, and the risk of inflaming the injury and thus affecting his condition in the off-season was too great.

The decision means that Team HRC will round out their inaugural MXGP season fielding the lone No.12 CRF450RW of Max Nagl. Honda and HRC fully support the decision of Bobryshev not to ride.

Evgeny Bobryshev: “I was riding for the first time again a few days ago. Dr Claes told me the leg is healed 80 per cent, but it’s still swollen and there’s still tissue damage. The first day of riding was ok but I was taking it slow round left corners, then on the second day I went to Lommel. I touched the leg on the ground in a left corner and there was still pain so I thought ‘no, I don’t want to have to think about my leg when I’m riding, I want to concentrate fully on racing’. It will still take time for my leg to recover fully, and that’s why I have decided not to compete in the Motocross of Nations this year.

“I wouldn’t be fit and the leg wouldn’t have healed enough so I still would have pain. All it takes is another touch and it takes months more to recover, so it’s better I let it heal properly. I want to start my preparations for 2015 early.

“I want to race in Latvia, and I was thinking maybe I have enough time, but when the gate drops I just want to go forward and push and when I’m not fully fit that’s not the best for me. If I force it now, it would maybe take one or two months more so I have to think about what’s more important for my future. I want to battle for the title – I know I have the speed, I just need the consistency which means I just want to wait until I feel safe to ride.

“It’s frustrating as Latvia is a great place with lots of Russian fans, and especially being the Nations it will be a great event, but I will be there still to watch at Kegums.”